“This is the most aggressive COVID liability bill in the United States of America. What this bill does is says, ‘If you’re doing the right thing, you’re protected.'”

— Florida House Speaker Chris Sprowls on the state’s new COVID-19 liability law that protects Florida businesses, governments and healthcare providers from coronavirus lawsuits if they made a good effort to follow guidelines to prevent the spread of the virus. In order for a lawsuit to move ahead, a plaintiff would have to show that the defendant deliberately ignored guidelines. The measure’s opponents said it will deny access to the courts for people who were damaged by the disease or whose relatives died from the virus. The bill was signed into law by Gov. Ron DeSantis on March 29. 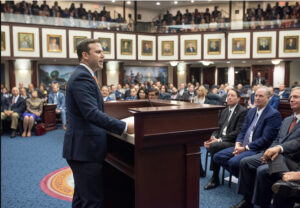 “While the court is sympathetic to the economic consequences resulting from the closure of plaintiff’s movie theater, the court concurs with the majority view that loss of use of the premises due to COVID-19 related government orders does not constitute direct physical loss of or damage to property that would trigger business income coverage under the policy.”

— Justice Timothy Driscoll wrote in the Supreme Court of the state of New York, Nassau County, decision dismissing a movie theater’s claims that its insurer is responsible for covering its COVID-19 related losses and that its insurance brokers were negligent in providing insufficient coverage. The Supreme Court found that the brokers were not negligent, as Soundview’s inability to recoup its COVID-19 losses from its insurers was not a result of the brokers’ ability to provide adequate coverage. 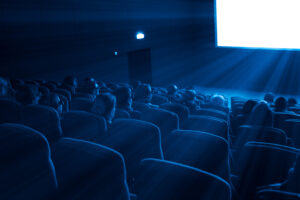 “Trial lawyers are getting upset about this because they can’t take things to litigation.”

— Rep. David Cook, a Republican from Globe, Ariz., explained why he voted for a measure to give businesses, nursing homes and others a broad shield from lawsuits related to COVID-19. 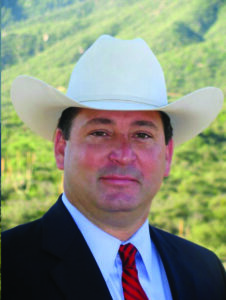 “Instead of basing decisions on patient needs, these health care providers sought to maximize their own income. Activities like this reflect a complete lack of patient care.”

— Debra Knight, deputy commissioner of Compliance and Investigations for the Texas Department of Insurance, Division of Workers’ Compensation, said after the final defendants in a North Texas medical center healthcare and workers’ comp fraud scheme were sentenced. The DWC said surgeons, physicians and hospital administrators received kickbacks for steering patients, including many in the workers’ comp system, to Forest Park Medical Hospital. Fourteen defendants were sentenced to a combined 74-plus years in federal prison and ordered to pay $82.9 million in restitution.

“By every means imaginable — among them, billboards, TV and radio spots, print ads, and direct mail — Ford urges Montanans and Minnesotans to buy its vehicles. … Ford cars … are available for sale, whether new or used, throughout the States, at 36 dealerships in Montana and 84 in Minnesota. And apart from sales, Ford works hard to foster ongoing connections to its cars’ owners.”

— U.S. Supreme Court Justice Elena Kagan wrote in a majority opinion after the Court concluded Michigan-based Ford Motor Co. can be sued in the state courts of people who were killed or seriously injured in accidents involving Ford vehicles. The justices unanimously rejected the company’s argument that its ties to Minnesota and Montana were too tenuous to allow it to be sued in those states by accident victims.

“We are well into the restoration phase and making significant progress across our internal systems to return our environment to a fully operational state.”

— Chicago-based commercial lines insurer, CNA, commented in a statement on the expected return to fully operational status of corporate email and other functions as it continued to recover from a March 21 cyber attack. In an April 1 security update, the company said it is now safe to conduct business and communicate with the insurer via email.