As we embark upon a new decade, the surplus lines insurance market has never been stronger. Growth in specialty products and demand for insurance protection in an increasingly dynamic, technological climate necessitates a new, fresh look at many of the statutory and regulatory standards applicable to surplus lines insureds, brokers and insurers alike.

1. What laws apply to the surplus lines insurance market?

2. Can personal and commercial automobile insurance be written with a surplus lines insurer?

It usually depends on the purpose of the insurance. Most states specifically require that any automobile insurance seeking to satisfy the “financial responsibility” requirements of the driver under a state’s applicable motor vehicle laws be offered only by an admitted (licensed) insurer in the state. Many jurisdictions allow for “excess” insurance beyond the financial responsibility layer to be satisfied through the surplus lines market. Moreover, some (but not all) states allow cargo financial responsibility requirements, “Hired and Non-Owned Auto” (HNOA) and other forms of commercial automobile insurance policies to be satisfied through the surplus lines market.

TRIA applies to surplus lines insurance policies and, depending on the nature of the policy, TRIA can even capture insurance coverage issued to non-U.S. individuals with risks residing in the United States. Under TRIA, an insurer is required to “make available” terrorism coverage on certain lines of commercial property and casualty insurance policies. The term “insurer” is defined under TRIA to include all licensed insurers in the U.S. as well as surplus lines insurers. Under TRIA, whether or not an insurer must “make available” terrorism coverage hinges on whether the risk itself is located in the U.S. (or with respect to a U.S. air carrier, flag vessel or at the premises of a U.S. mission), not where the insured resides.

4. Is policyholder consent required for an insurer to transfer a surplus lines policy to another insurance company?

Most states do not expressly apply their policy transfer consent requirements to surplus lines policies. However, a number of states still require that the surplus lines insurer abide by the applicable policyholder notification requirements. Moreover, general principles of contract law could nevertheless prohibit the transfer absent consent from the applicable policyholder.

Some states are beginning to enact legislation to expressly allow for “insurance business transfers” of insurance policies between insurance companies applicable to both the admitted and surplus lines markets.

5. What lines of insurance may be written by a surplus lines insurer?

It depends on the state. While the Nonadmitted and Reinsurance Reform Act of 2010 (NRRA) authorizes the placement of property and casualty insurance coverage on a surplus lines basis, a number of states, such as New York, expressly prohibit certain lines of insurance that are viewed as traditional lines of property and casualty insurance in other states from being exported to the nonadmitted market, such as financial guaranty insurance. Disability and workers’ compensation insurance are also permitted through the surplus lines market in some states.

There has been an increased push by the National Association of Insurance Commissioners (NAIC) in recent years to enact model legislation allowing for limited forms of health insurance (including short term medical, international medical and excess disability) to be written on a surplus lines basis, which has been adopted by some states as well.

6. If a state only allows for surplus lines insurance policies to provide property and casualty coverage, can the policy provide “ancillary” non-P/C coverage under a multi-peril insurance product?

At least one jurisdiction (New York) also requires the filing of surplus lines producer agreements with insurance carriers that grant the surplus lines broker binding authority as well, and the Excess Line Association of New York encourages specific language be utilized in such agreements.

8. Who is responsible for the payment of surplus lines premium taxes?

The NRRA generally requires that all surplus lines premium taxes be paid to the “home state” of the insured. Under the NRRA, the home state of an affiliated group is the state of the member of the group that has the largest percentage of premiums attributed to it. An “affiliated group” is comprised of entities that are under common control.

However, as to nonaffiliated groups (including risk purchasing groups, or “RPGs”), many states take the position that every certificate issued is its own policy and the certificate holder/member’s domiciliary state is considered the “home state” for each such certificate and require surplus lines premium tax be remitted accordingly.

10. Can surplus lines brokers charge clients fees other than the premium set forth in the insurance policy?

Nearly all states that allow for surplus lines broker fees require that the insured provide its written consent prior to being charged such a fee along with various disclosures about the broker’s compensation.

11. How is the diligent search requirement satisfied?

Assuming no exemption from the diligent search requirement is available, most states require three (3) declinations to be obtained from admitted insurance companies, but this is not uniform throughout the country. For example, in Maine, under Bulletin 439 (November 26, 2019) “doing a specific number of inquiries does not mean that the producer has fulfilled this requirement.” By contrast, a few states (e.g., Louisiana) have eliminated the diligent search requirement altogether.

Some states require that evidence of the procurement of declinations simply be maintained in the offices of the surplus lines broker; whereas, others require that affidavits be filed with the applicable insurance department or surplus lines stamping office. A number of states expressly require the diligent search to be repeated each time a particular policy is renewed.

12. Does the diligent search need to be performed on a per-risk basis?

Usually, yes. Some states have narrow exceptions for RPGs, allowing one search for all members of the RPG residing in that state during a given time period. By contrast, many states require that the diligent search be completed as to each certificate holder under a non-RPG group policy.

13. What qualifies as a permissible declination?

14. How does an alien (non-U.S.) insurance company become eligible to write surplus lines insurance in the United States?

Alien (non-U.S.) insurance companies can write surplus lines business across the United States if they are listed on the Quarterly Listing of Alien Insurers (Quarterly List) as maintained by the NAIC which requires, among other things, an application to be submitted thereto and the establishment of a trust fund as security for U.S. policyholders. The information as reported to the NAIC must be updated on an annual basis. In addition, most alien insurers obtain listing on the eligibility lists or “White Lists” of the states that continue to maintain such lists in order to signal to the market that the insurance carrier is approved by the state. The Quarterly List and White List filings and associated U.S. trust obligations are often maintained for alien insurers by U.S. regulatory counsel or other U.S.-based representatives.

15. What activities can be conducted by a surplus lines insurer in a state?

In addition, depending on the state, surplus lines insurers may not always take advantage of various exceptions to licensing laws that are often available to admitted insurance companies, such as exemptions from adjuster licensing requirements applicable to authorized insurers in many states.

16. What marketing activities can be conducted by surplus lines insurers and brokers?

A number of states place substantial restrictions on marketing unauthorized products. For example, California and New York generally prohibit the marketing of surplus lines products unless highly stringent standards are met, including the avoidance of targeted solicitation, restrictions on dissemination of certain policy terms, not calling attention to unauthorized insurers (subject to exceptions), and the inclusion of disclaimers regarding the unavailability of certain products to insureds in the state.

As online and app-based marketing tools become more prevalent, the surplus lines advertising laws are being revisited once again by insurers, brokers and legislatures alike.

Surplus lines brokers in the home state of the insured are generally prohibited from assisting insureds with respect to the “direct procurement” (also known as “independent procurement” or “direct placement”) of insurance coverage with unauthorized insurers. Rather, most states require that a prospective insured leave its home state and obtain insurance coverage directly from the unauthorized insurance company (or through a non-domiciliary broker) in a jurisdiction where the insurance carrier is licensed. However, some states allow brokers to act on behalf of their insureds and physically leave the state to procure the desired insurance coverage, provided that the broker abides by the governing tenets of direct procurement as if it were itself the insured.

19. Which individual or entity bears responsibility for violations of surplus lines law?

Traditionally, the surplus lines broker is most exposed to sanctions in the form of fines and penalties for breach of applicable surplus lines insurance law as the licensed insurance actor in the state. However, a number of states have enacted statutes allowing for the inspection of books and records of unauthorized insurers and the ability to levy fines in connection therewith. In addition, there have been a few instances in recent years where states have entered into consent orders levying penalties and fines against surplus lines producers, insurers, and even insureds (particularly in the group policy context where master policyholders, such as associations, market surplus lines insurance products).

20. What is insurtech and how does it impact the surplus lines industry?

The term insurtech refers to the wave of technological innovation impacting the insurance industry, from the way insurance is sold and administered to the types of risks for which insurance policies have evolved to provide coverage.

Florida Citizens’ Endorsement Now in Effect: Disputes to be Heard by Admin Judges 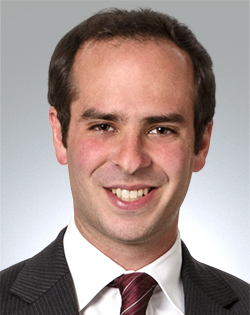 Lerner is a Partner in the New York office of Locke Lord LLP and is a member of the Insurance and Reinsurance Department, maintaining a general corporate practice with an emphasis on insurance regulatory, transactional and reinsurance matters.