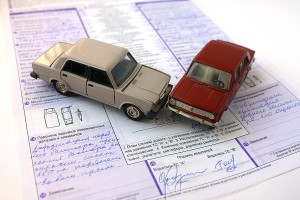 Personal injury protection (PIP) claims closed in 2010 show that claimed losses for medical expenses, lost wages, and other expenses from auto accident injuries in the New York City area rose 70 percent over the past decade.

This surpasses the 49 percent hike in medical care inflation over the same period. The findings were reported by the Insurance Research Council in Malvern, Pennsylvania.

The average claimed loss per PIP claimant in the New York metro area was more than double the average loss among claimants from the rest of the state, $15,086 compared with $6,870, the study found.

The report says underlying this disparity are dramatic differences in claiming behavior between upstate and downstate claimants.

Claimants from the New York City metro area were much more likely to visit chiropractors, physical therapists, and acupuncturists, to receive expensive diagnostic procedures, to report durable medical equipment expenses, to be treated in pain clinics, and to hire attorneys.

Statewide, nearly one in four (23 percent) claims in the study involved the appearance of claim abuse — either fraud, material misrepresentation of the facts of the claim; or buildup, inflated medical or other expenses in an otherwise legitimate claim.

Claims from the New York City metro area were more than four times as likely to involve apparent abuse, 35 percent compared with 8 percent in the rest of the state.

The study identified Brooklyn and Queens as particular hotspots for abuse. More than half (52 percent) of apparent abuse claims stemmed from accidents occurring in either Brooklyn or Queens even though these two boroughs accounted for only 28 percent of all claims in the study.

The study also highlighted the role medical providers play in the current wave of no-fault fraud affecting the state.

In addition to detailing the claimants’ treatment patterns, the study also looked at the percentage of medical providers who produce bills with charges in excess of the state’s fee schedule, hire attorneys, and file lawsuits.

“Even when the excessive charges can be mitigated, the costs of combating these fraudulent activities are further driving up the price of insurance for all consumers in the state.”

The study examined detailed claim information from over 4,500 claims closed in 2010. Ten insurers, representing 70 percent of the private passenger auto insurance market in New York, participated in the study.

The Insurance Research Council is a non-profit division of the American Institute for Chartered Property Casualty Underwriters and the Insurance Institute of America.