The cancellation of the 2012 New York City Marathon was disappointing to the approximately 47,000 runners who dedicated months to training for the race, many of whom had already spent a significant amount of time and money to register and travel to New York before its cancellation.

Yet, for the Marathon’s organizers and sponsors—not to mention the local businesses that depend on revenue from those visiting the area for the annual event—the impact of the event’s cancellation is far more severe and lasting.

Prior to this year, the New York Marathon—which had never before been cancelled (and was run just six weeks after the September 11 terrorist attacks)—had been a hugely successful event for promoters, sponsors, and the city of New York.

The race attracts approximately 2.5 million spectators annually. In 2011, the race generated an estimated $340 million in revenue for the city of New York, and raised approximately $34 million for various charities. 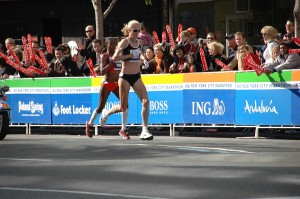 With a new five-year contract with ESPN2, this year’s race was to be the event’s return to national television coverage for the first time since 1993—a deal that would have generated significant revenue both for the network and NYRR.

Although it is too early to measure the economic fallout from the Marathon’s cancellation, it will certainly be significant. Indeed, in the months leading up to the event, NYRR and other promoters and sponsors incurred considerable out-of-pocket expenditures organizing, advertising, and promoting the event.

Moreover, the Marathon’s cancellation appears likely to result in promoters, sponsors, and local businesses losing tens of millions of dollars in projected revenue and profits.

The cancellation of the 2012 New York City Marathon is the most recent reminder of the significant economic risks posed by live events. To combat these risks, many insureds with a financial stake in such events—including promoters, advertisers, broadcasting organizations, venues, teams, leagues, and concessionaires—rely on event cancellation insurance.

This important risk management tool can protect an insured’s bottom line against the financial losses that accompany event cancellations and postponements, and insureds should take steps to familiarize themselves with the scope of coverage provided by their event cancellation policies.

In the event of a loss, insureds should strive to satisfy all policy terms and conditions. Doing so will minimize coverage disputes and allow insureds to maximize the value of their event cancellation coverage.

Coverage is potentially available for cancellations and postponements stemming from a wide variety of perils, including earthquakes, floods, fires, power failure, damage to the leased or rented venue, and problems associated with public transportation or roads leading to the venue.

It is worth noting, however, that event cancellation policies are generally non-standard, meaning that terms and conditions vary widely from policy to policy. An insured must therefore carefully review its policy to determine the scope of coverage provided.

The forms of financial loss covered under an event cancellation policy will likewise depend on the particular terms of the insured’s policy. Policies will frequently cover the out-of-pocket costs incurred by the insured prior to the cancellation, interruption, or postponement of the event. Coverage might also be available for any contractual guarantees that the insured is obligated to pay.

Lost profits and revenues may also be covered under an event cancellation policy, provided of course that the insured can establish with reasonable certainty the amount of the loss.

This coverage could apply to, among other things, lost advertising or broadcasting revenue, lost ticket sales, or amounts paid to reimburse individuals who had already purchased tickets.

Finally, depending on the particular terms of the event cancellation policy at issue, the costs associated with rescheduling a postponed or interrupted event could potentially be covered.

Like all forms of insurance, event cancellation policies will typically contain a number of exclusions designed to limit coverage.

Furthermore, many event cancellation policies have exclusions from coverage for cancellations and postponements resulting from labor strikes or lockouts.

This type of exclusion would, depending on the precise policy language at issue, potentially bar coverage, for example, for the NHL games recently cancelled because of the ongoing player lockout.

Because event cancellation policies are often non-standard (that is, not simply form policies), many common exclusions can be re-worded or eliminated, with or without an additional premium.

Consequently, before purchasing an event cancellation policy, an insured should carefully examine the coverage provided and, if necessary, explore the possibility of negotiating for more favorable terms or purchasing supplemental coverages.

Event cancellation policies typically include a provision obligating the insured to take all reasonably practical steps to minimize (or mitigate) financial losses resulting from the cancellation, postponement, or interruption of a covered event.

Even absent such obligations, however, it may still make financial sense to reschedule an event—even if the rescheduled event is not likely to net the insured substantial profits.

It is good practice for an insured to consult with its event cancellation insurer prior to rescheduling a covered event, if only to confirm that the insurer supports the decision to reschedule.

Indeed, because the mitigation requirement is meant to minimize an insured’s losses (as well as the amounts paid out by the event cancellation insurer), an insured should be able to recover reasonable mitigation costs incurred in connection with a rescheduled event.

For example, expenses associated with the planning, marketing, and organization of the rescheduled event might be viewed as covered costs of mitigation. An insured should include these mitigation costs in its claim for coverage under an event cancellation policy.

For instance, in the case of the New York City Marathon, weather conditions and other scheduled events in the area would no doubt complicate—if not preclude—any attempts by the NYRR to reschedule the event.

Furthermore, because many marathoners are already committed to compete in other marathons throughout the country and must stick to rigid training and traveling schedules, participation in a rescheduled event would likely be significantly reduced, which would in turn reduce revenue and profits from the event.

These factors, combined with the possibility of reduced sponsorship and the significant expense of organizing and promoting a rescheduled event, demonstrate why certain events simply cannot feasibly be rescheduled.

Making a Claim for Coverage

As soon as it becomes clear that a scheduled event might be canceled, postponed, or otherwise interrupted, an insured should carefully review its event cancellation policy and strive to satisfy all policy terms and conditions.

In particular, insureds should pay close attention to timing-related policy terms. Most event cancellation policies will require that the insured provide notice of a loss within a specified timeframe—sometimes as little as 30 days (or even less) following the loss.

Because failure to comply with these notice requirements can complicate the pursuit of coverage, insureds should make every effort to provide formal notice within the required timeframe. This is true even if a particular cancellation or postponement receives significant media attention, as is certainly the case with the cancellation of the 2012 New York City Marathon.

Many event cancellation policies will also require that the insured submit a detailed “proof of loss” within some specified timeframe following the loss. The proof of loss requirement gives the insured the opportunity to document its claim and describe the losses that it suffered from the covered event’s cancellation, postponement, or interruption.

This process could, among other things, entail providing the event cancellation insurer with copies of canceled checks, relevant contracts, and invoices and receipts pertaining to amounts paid in connection with the planning and organization of the canceled or postponed event.

Additionally, because an insured’s claimed lost profits are generally judged against profits earned for prior events, an insured may need to turn over historical financial records to an event cancellation insurer to support its claim. It is therefore important for insureds to maintain detailed and comprehensive records for all of their events.

The insured should also be aware of timing-related limitations concerning the right to initiate litigation against an insurer, should the insured deem such action to be necessary.

In some instances, the timeframe in which an insured can file suit is dictated by the express terms of the event cancellation policy; in others, statute or regulation will provide the relevant limitations period.

Either way, an insured should be mindful of the timeframe in which it can initiate coverage litigation against its insurer, as an insured must preserve its right to pursue coverage in order to obtain the full benefits of its event cancellation policy.

Finally, when making a claim for coverage following an event’s cancellation or postponement, insureds should not make any assumptions about what is covered under their policies.

As noted above, the scope of coverage provided by event cancellation policies can vary widely, so insureds should carefully review their policies prior to making a claim to ensure that they frame their claim in a way that maximizes recovery and takes full advantage of the coverage provided.

Jeffrey L. Schulman is a New York-based partner in Dickstein Shapiro LLP’s insurance coverage practice. His practice focuses on the representation of policyholders in disputes with their insurers.

Schulman has written and spoken on a variety of topics related to insurance coverage and was a contributing author of LexisNexis’s New Appleman Sports and Entertainment Insurance Law & Practice Guide (2010).

Shaun H. Crosner, a Los Angeles-based attorney in Dickstein Shapiro LLP’s insurance coverage practice, is the co-leader of the firm’s entertainment and sports insurance coverage initiative. His practice focuses on the representation of policyholders in disputes with their insurers.

Crosner has written and spoken on a variety of topics related to sports and entertainment insurance, and he is an editor and primary author of LexisNexis’s New Appleman Sports and Entertainment Insurance Law & Practice Guide (2010).