The number of medical malpractice lawsuits in Pennsylvania has steadied and leveled off statewide over the last 10 years, according to statistics released by the Administrative Office of Pennsylvania Courts.

The data shows 1,546 med mal filings in Pennsylvania’s civil courts in 2013. That figure was slightly more than the 1,510 filings in 2012. The Administrative Office of Pennsylvania Courts published the latest data on June 20.

The latest filings represent a 43.4 percent decline from the “base years” of 2000-2002 (see chart below). In Philadelphia, the state’s judicial district with the largest caseload, the decline has been by slightly more than 68 percent during the same period.

“These numbers reinforce the value of court rules in balancing new requirements for filing medical malpractice claims with the need for access and fairness in the state court system,” Pennsylvania Supreme Court Chief Justice Ronald D. Castille said in a statement. “There has been real improvement in what was, just a few years ago, one of the Commonwealth’s more vexing challenges.”

The Administrative Office of Pennsylvania Courts said those base years of 2000-2002 were the period just prior to two significant rule changes made by the Supreme Court of Pennsylvania. The first change required attorneys to obtain — from an appropriate medical professional well-versed in the area of alleged malpractice — a “certificate of merit” that establishes that the medical procedures in a case fall outside acceptable standards.

A second change required medical malpractice actions to be brought only in the county where the cause of action takes place — a move aimed at eliminating so-called “venue shopping.” 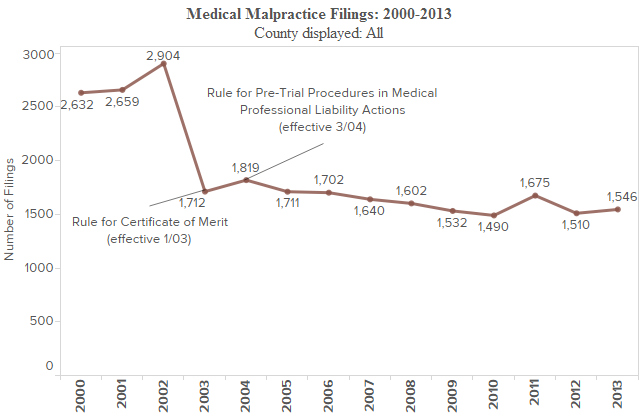 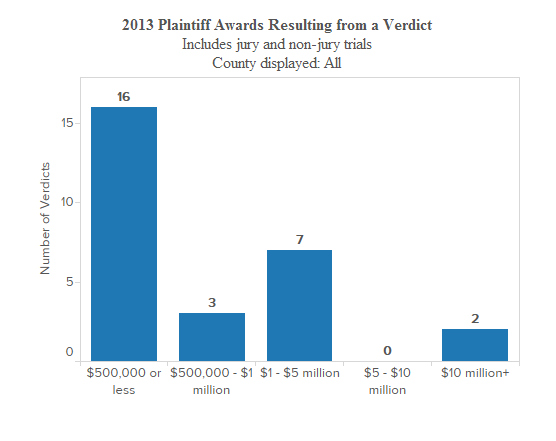