Austrian company Red Bull’s unusual decision to go public on a blackmailer’s threat to contaminate its energy drinks with feces could cost the brand far less long-term than any immediate hit to sales.

Known for investing heavily in marketing its drinks and sports events, the privately owned Austrian company reveals little about itself. So its announcement last Thursday of a criminal threat to taint its drinks came as a particular surprise.

“It’s a bold brand and a bold move,” said Gordon Pincott, chairman of global solutions at the Millward Brown brands specialist agency. “The good thing about what they’ve done with this announcement is it doesn’t let the rumour mill get going.”

Red Bull made the announcement in order to remove the “blackmailer’s greatest lever” of disclosing it in the media, said the company. Red Bull sold 5.2 billion cans of drink last year and is ranked the third biggest soft drink brand in the world after Coca-Cola and Pepsi.

The extortionist had threatened to taint beverage cans with faecal matter if not paid off, Red Bull said. But nothing had been found at checks in stores where the blackmailer said drinks had been contaminated. 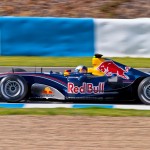 “People now know to pay close attention to their can,” said Jordi Connor, head of planning at WPP’s Dialogue brand marketing agency. “While it may cost Red Bull some sales in the short term, the announcement will have strengthened the bond of trust between them and their drinkers.”

Investigations were focused on a specific supermarket in Vienna, Austrian prosecutors said. The Kurier newspaper printed what it called a ransom email signed by “gruponymos”. It blanked out the supermarket address.

A Red Bull spokesman declined to elaborate on the company’s short statement, in which it also said that it and the police believed they were close to finding the perpetrators.

In a possible indication of limited damage for Red Bull’s image, tweets about Red Bull on Friday appeared to be dominated by news of its Formula 1 racing team preparing for the Australian Grand Prix rather than the blackmail attempt.

The Red Bull brand, valued by Millward Brown at $10 billion, has been built not only through its drinks, but also through sports – ranging from sponsorship of Felix Baumgartner’s record-breaking space dive to Formula One racing and ice hockey.

Its executives rarely give interviews and it controls its image tightly.

Even the most open companies almost never come forward to talk about any product tampering, said Gene Grabowski, an expert in food and consumer PR and vice president of U.S.-based communications firm Levick, which has worked on almost 200 product recalls.

“In this case it looks like it might be effective,” he said. “If there is any contamination or there is any problem with the drink, Red Bull has already established who the villain here would be.”

This paid off for Pepsi in 1993 when the company won sympathy after a spate of reports of needles and other objects found in Pepsi cans turned out to be hoaxes, he said.

While companies might prefer to keep quiet about product tampering, not saying anything can be damaging too.

The failure of baby food maker Gerber to withdraw products quickly in the United States after some were contaminated with glass in 1986 and its decision to remain tight-lipped about the affair is still used by some public relations advisors as an example of how not to handle such cases.

The most notorious case of product contamination was the 1982 Chicago Tylenol murders, in which seven people died after taking Johnson & Johnson medicine contaminated with cyanide. That case remains unsolved.