Westpac Banking Corp. has taken a A$1.2 billion ($871 million) charge against second-half earnings to cover a record money-laundering fine and the mounting cost of compensating customers for years of misconduct.

The charge is the latest blow to Australia’s oldest bank, which last month was hit with a A$1.3 billion penalty for the country’s biggest breach of anti-money laundering laws. Earlier this year it deferred paying a dividend as bad-debt charges swelled amid the coronavirus-induced recession.

Among the charges announced Monday were: 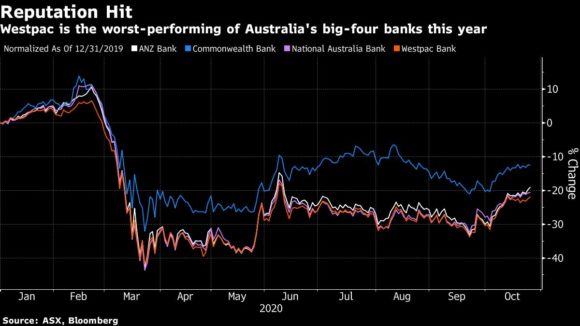