Well-to-do Illinois residents and their insurance agents can soon look forward to another option when it comes to protecting their assets.

Crestbrook Insurance has selected Illinois for the launch of what is essentially a start-up insurance company focusing on the affluent market, and plans to be open for business during the week of Oct. 28.

A subsidiary of Nationwide Mutual Insurance, Crestbrook isn’t really a new entity. It is “an original CalFarm company that was purchased by Nationwide in the mid ’90s,” according to Crestbrook President Jim Pedersen. 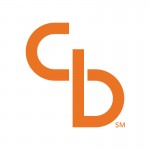 “So, technically there are customers on Crestbrook paper,” Pedersen said.

But for all intents and purposes, Crestbrook is a start-up designed to help Nationwide expand its portfolio into the profitable high net worth market via the independent agency channel.

Pedersen said that around the middle of 2012, Nationwide began looking into the possibility of investing in a company dedicated to that portion of the personal lines market. The company tapped Scottsdale Insurance President and Chief Operating Officer Mike Miller to undertake the strategic assessment of whether to enter what it considers a $60 billion market.

“Mike had had success in bringing new companies, such as Western Heritage and Freedom Specialty, out of the ground at Scottsdale, and they felt he was, within their leadership structure, best positioned to drive that analysis and recommendation back to the board,” Pedersen said.

While both Scottsdale, a property/casualty excess and surplus insurer, and Crestbrook are Nationwide subsidiaries, and Pedersen reports to Miller, the connection with Scottsdale ends there.

The company decided to launch first in Illinois for three primary reasons.

One is that “Illinois is a top-25 affluent state, so it’s one of the states we intended to be in at some point,” Pedersen said.

It also has a fair regulatory environment, he said. Regulatory delays or issues relative to getting to market were not areas of concern.

Finally, the company felt it has strong enough relationships with agents and brokers that specialize in the affluent market in Illinois “to work through some of the early bumps that any new company is going to have in their first state when they launch,” Pedersen said.

The customer base that Crestbrook seeks to serve would on average have primary homes with replacement costs that range between $500,000 and $5 million. They may also have additional coverage needs, such as secondary homes, excess umbrella, personal collections, automobiles and expensive toys.

Pedersen said the company is comfortable with the $500,000 to $5 million range and “will write some risks higher than $5 million, based upon a per-risk reinsurance strategy. … But that’s our core appetite.”

For these types of clients, price is important but they are also willing pay for additional coverage and “invest in risk mitigation on their properties,” Pedersen said.

With a focus on protecting their assets, affluent clients “want a carrier that provides coverages such as unlimited replacement costs, unlimited loss of use, waiving deductibles on losses over $50,000, bundling ID theft and travel-assist, providing an effective rate if you’ve got jewelry in a vault versus not having jewelry in a vault,” Pedersen said. “It’s really demonstrating to them that, as they do things to protect and manage their risk, you can provide both a policy and a pricing structure to represent that.”

Crestbrook is confident it has the ability to compete on several levels with insurance organizations that have an established presence in the high net worth market such as Chubb, ACE, AIG Private Client, PURE and Fireman’s Fund.

“We believe our value proposition has a few competitive advantages as we enter the market,” Pedersen said.

For one thing, Crestbrook’s “technology platform and delivery will not be burdened by the challenges of legacy,” he said. Additionally, “we see ourselves as being much more efficient, much better at the user experience, as a result of not having to deal with legacy assets [such as] 10-, 20-, 30-, 40-year old policy administration systems and all their constraints.”

Another advantage, Pedersen said, is that Crestbrook has had been able to recruit and select its associates and employees for marketplace talent and skills, as well for culture and behavior, as a start-up.

“Many larger organizations with legacy are not in the same position to be able to do that,” he said.

“We also believe that our agent benefit package overall commission, incentive compensation agreements, some additional marketing, and philanthropic aspects to our benefit package because of our reduced cost burden on the information technology side, will allow us to offer something that will excite agents, relative to, one, we value you. Two, we know we’re the new kid on the block, and we’re willing to make an investment in you so that you make an investment in trusting us with your clients,” Pedersen said.

Crestbrook also has the backing of Nationwide and its ratings, so “we don’t have the challenges that most new companies would be dealing with on the financial stability or security front,” he said.

The company doesn’t plan on a large number of agency appointments and will instead rely on developing relationships with agents and brokers who have experience in the target market.

Potential partners will be agents that have access “to the affluent market, have clearly made investments with their agency in the affluent market,” Pedersen said. “Quite frankly, you’ll find that … they have appointments with some of our key competitors in that market. Competition is good, and we’d like the opportunity to come in and potentially offer them a simplification or consolidation strategy. Or, if not, and they’re willing to take on another carrier, we collectively believe that both they and us can meet our production and premium standards.”

By the end of 2015, “when we’re up and running in 31 states, we might have approximately 500 appointments,” Pedersen said.

At this point Pedersen is eager for Crestbrook to write its first customer. In the long-term, however, a 3 percent to 5 percent share of a $60 billion market would “certainly define success,” he said.

“In my mind, in a five-year period say, by the end of 2018 I’d like to see us somewhere between a half a point and a point market share,” Pedersen said. “Those are the aspirational goals that we’ve set for ourselves. Right now, I’m simply excited about, hopefully, somewhere before the month of October ends, writing our first customer.”