Changes in how doctors are paid for treating some injured employees covered by workers’ compensation are expected to address the long-term use of pain relievers and help cut medical costs for Michigan job providers, according to state officials.

“These amendments aim to limit potential addiction problems for injured Michigan workers, will help to keep them healthy and put them back to work,” Workers’ Compensation Agency Director Kevin Elsenheimer said in a news release. 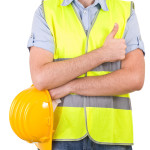 The agency has been focused on administering a fee schedule, which controls medical costs for work-related injuries.

“The new regulations are part of the agency’s continued effort to contain costs for our job providers, stabilize the system and keep the promise of compensation for injured Michigan employees,” Elsenheimer said. “All of these adjustments assure that injured Michigan workers have access to quality medical care.”

The Michigan Chamber of Commerce, Michigan Manufacturers Association, Michigan State Medical Society and Michigan Pharmacists Association are among the groups that supported the changes, according to Jason Moon, spokesman for the state Department of Licensing and Regulatory Affairs.

Raymond Holman, legislative liaison for UAW Local 6000, which represents state employees, said the changes are “probably a mixed bag” but he’s concerned that some new rules “could be used against people.” In general, he said, the administration of Gov. Rick Snyder has “watered down” such laws and given workers fewer protections.

Injured workers in Michigan and their employers are governed by the Workers’ Disability Compensation Act. The act was first adopted in 1912 and provides compensation to workers who suffer an injury on the job and protects employers’ liability.