Now, they want to end it _ either to bail out Detroit’s state-managed school district or to address other priorities at a time Flint’s water emergency could cost the state at least $236 million over this fiscal year and next.

The other likely funding source for Detroit is Michigan’s settlement with tobacco companies, a well-worn tactic when the state is in a pinch for cash.

House Appropriations Committee Chairman Al Pscholka, R-Stevensville, is pushing to fix a 2012 law so insurance companies no longer are eligible for certain tax credits they were given unintentionally.

“It will not be easy. But I think it’s an opportunity to backfill, with general fund, the dollars for Detroit schools,” he said. 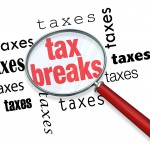 Snyder also is seeking what his budget proposal calls “clarifying amendments” to ensure the state again collects the lost insurance tax revenue – $60 million in the current fiscal year and $80 million in future years. The Republican governor, though, is proposing to use tobacco settlement dollars to bankroll a $770 million, decade-long plan to pay down the Detroit Public Schools’ debt and launch a new district.

Auto insurers are fighting attempts to reverse the tax credit in the GOP-controlled Legislature. Industry leaders, upset that insurers pay disproportionately higher business taxes compared with other sectors, concede it was handed out by mistake but warn drivers’ premiums would go up.

Michigan has what is called an assigned claims plan to cover medical care for people injured in accidents but who do not have auto insurance. It initially largely covered pedestrians and bicyclists. But the benefits increasingly also help passengers injured while riding in uninsured vehicles, which account for one in every five cars on the road, according to the industry.

The secretary of state managed the program from the 1970s until 2012, when a law transferred the plan to the Michigan Automobile Insurance Placement Facility, which sells insurance to people unable to buy it from insurance companies. The move was intended to gain efficiencies and get a better handle on claims _ the cost of which are borne by insurers and passed along to motorists who are assessed $40 annually per policy.

But the switch meant insurers, who receive a tax credit against payments to the group, were credited for a quarter of $239 million in assigned claims paid out in 2015.

“That was not the intent of the legislation,” Pscholka said, noting that bill drafters, legislative fiscal analysts and Treasury officials did not notice the potential insurance windfall. “None of us caught it.”

He questioned insurers’ warning that repealing the tax credit would raise premiums.

“My initial reaction is, ‘Well, where was my rate cut when you got it? I guess I missed it. Perhaps it’s still in the mail,”‘ Pscholka said.

By undoing the tax credit, legislators could avoid having to tap for Detroit schools more than a quarter of an indefinite $250 million annual payment from tobacco manufacturers under a 1998 legal agreement. Much of it goes toward Medicaid and economic development spending.

Snyder’s budget also proposes boosting a fee to look up driver records, from $8 to $11, to raise $14 million to replace computer systems at the secretary of state’s office.

“That additional $14 million is largely on the backs of no-fault consumers as well,” Kuhnmuench said.