The U.S. Chemical Safety Board is analyzing metal shrapnel from an April explosion at a Husky Energy Inc. refinery in Wisconsin that forced the evacuation of thousands of residents as it continues to investigate the cause of the blast, the agency’s chief said.

The metal shrapnel blown out from the gasoline-producing fluidic catalytic cracking unit at the refinery in Superior, Wisconsin, tore through a tank containing hot asphalt, which spread fire through the plant, Kristen Kulinowski, the safety board’s interim executive, said.

The metallurgical analysis may determine what caused the explosion 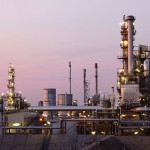 “It’s a painstaking process as much of the metal is covered with asphalt,” Kulinowski said.

The refinery has remained shut since the explosion on April 26.

Husky spokeswoman Kim Guttormson said there is no date for the restart of the refinery, but the company may provide an update on its July 26 conference call on second-quarter earnings.

The CSB has not released control of the FCCU to Husky, board spokeswoman Hillary Cohen said. Another update on the investigation will be issued in August.

Like the National Transportation Safety Board, the CSB has no regulatory or enforcement authority but recommends changes in industry practices and regulations based on its investigations.

(Reporting by Seba. Editing by Chizu Nomiyama and Leslie Adler)