Residents and businesses affected by the lead-contaminated water crisis in Flint are asking a judge to reinstate Republican Gov. Rick Snyder and other Michigan officials as defendants in a class-action lawsuit.

Lawyers said Sunday that an amended complaint includes evidence not in the original lawsuit. They say it shows Snyder and his staff knew about health risks for months before making an official announcement.

Judge Judith Levy dropped Snyder and others from the case in August, saying the 2016 suit didn’t claim Snyder knew of risks when the city switched to Flint River water in 2014. The corrosive water caused lead to leach from old plumbing. 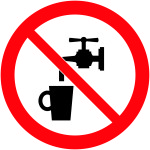 The new complaint also alleges the administration’s delayed response may have been racially motivated.