Despite the softening of rates and the challenges of the coronavirus pandemic, one Midwest-based workers’ compensation insurance provider that opened its doors just over three years ago reports that it not only has experienced significant growth during that time, it simultaneously has managed to maintain a loss ratio that is one of the lowest in the industry.

Since its launch in October 2017, Omaha National, based in Omaha, Nebraska, has gone from $0 to $100 million of in-force premium and grown from a six-person operation to one with more than 150 employees. That brisk pace of growth is expected to continue, says Reagan Pufall, president and CEO of the managing general agent (MGA) / insurance carrier.

“2020 ended up being a great year for us. We actually grew faster than we had originally planned. We had great sales success. We started working with more and more broker partners and forming relationships in states with agencies that we enjoy working with. And at the same time, we’ve been able to maintain one of the most favorable loss ratios in the industry. Even though we’re a young startup company, our loss ratio is exceptionally low,” Pufall said.

The company will move into a new office building this summer “because we’ve run out of room where we are,” he said. “Five years from now, we expect to be well over $400 million in-force premium.”

With a $40 million commitment from the investment firm, Agman, Omaha National launched as an MGA with California as its initial target market. It is now offering coverage in 14 states and will continue to expand into other states, including New York this year, Pufall said. It also established Omaha National Insurance Co., which currently “acts as a reinsurer for a portion of the risk that we write. So even as an MGA, we are already on the risk, which is what we like.”

However, “the intention has always been to become a direct writer. And we’re now approaching the time when it looks like we will be able to initiate that transition to becoming a carrier,” he said.

A complementary division of the company is its payroll service. “It’s an optional part of what we offer. Any company that is insured by us, if they choose, they can also make use of us as their payroll service,” Pufall said.

Omaha National is also an insurance technology company. As Pufall in 2019 told Mark Holmer, an editor with Insurance Journal affiliate, Carrier Management, the company has “been insurtech since before the word ‘insurtech’ was invented. … The real key is using artificial intelligence and superior software design on the internal operating systems that have the greatest strategic impact. That is where we have unique expertise and that is what leads to better results for our employers and substantial competitive advantage for us.”

Omaha National develops its own operational software in-house, which a big competitive advantage, Pufall told Insurance Journal. “It’s a very exciting time for us to finally be able to put all of our software design ideas into practice and see the benefits of them.”

Because the focus of the proprietary software is operational, “it will allow us to perform everything we do at a higher level of effectiveness and efficiency — from underwriting to policy management to claims management. Everything we do will be done in within a single application. And yes, at some point, our plan is to have outward facing aspects of that application that will foster great business working relationship and workflow between us and our broker partners,” Pufall said.

Small- to mid-size companies operating in industries where employees work with their hands are Omaha National’s core customers — landscapers, framers, electricians, plumbers, parcel delivery services, for example. “We like to say that we insure the companies that build America,” Pufall said. 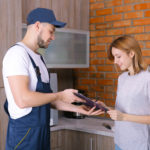 For those insureds, the automation that is becoming more and more prevalent in some areas of “hands-on” industries, such as manufacturing, has not had a major impact. “It’s hard to look into the future and see a day when a robot will show up at the front door of your house to fix your toilet,” Pufall said.

While automation is certain to play an increasing role in the economy going forward, for Omaha National now “and for a number of years into the future, it does not look like it’s going to be a substantial factor for us.”

Likewise, on an overall business basis, the Covid-19 pandemic has “not had a significant impact on our claim volume or claim frequency or claim severity,” Pufall said. Still, he added, there have been “several really heartbreaking claims. Individuals who contracted COVID and didn’t survive. Individuals who contracted COVID and had life-changing health consequences. It’s a very small number of claims, but human tragedy is a sad thing to see.”

The falling rates in the workers’ compensation line are a challenge as they are for any insurer, Pufall said. “But we designed this company to prosper throughout the market cycle, in hard markets and soft markets. None of what we’re encountering or anything we see in the future causes us substantial concern. Of course, we will look forward to the day when the market cycle changes, and the rates are rising again. But until then, we’re doing just fine, even during this soft market.”

A Passion for Workers’ Comp

A former litigation attorney, Pufall entered the workers’ compensation insurance business when he joined the North Dakota Workers’ Compensation Fund, serving as chief operating officer. From there he transitioned to Berkshire Hathaway’s Homestate Companies, a group of six insurers that provide commercial, property and workers’ compensation coverages. Pufall said he was “very happy to be part of a terrific leadership team there. … But there was a group of us, and it sounds corny to say it, but we had a vision for an organization that we believed would be really wonderful, and we had a passion to create that organization. So, we ended up striking out on our own and starting our own company.”

‘We never have to wonder whether our work has meaning. We know that we’re having a positive impact in the world.’

Omaha National’s primary focus is helping insured people, and the company views every claim as unique and manages each accordingly, Pufall said. “Workers’ compensation really is a special business. As you probably know, workers’ compensation claims can be open for years. We often end up developing real relationships with our injured workers. Often, we’re encountering them at a terrible moment in their life, when they’re facing unexpected challenges. And we feel very privileged to be able to help them through that.”

The unfortunate reality in worker’s comp, however, is that “some claims end up turning out to be questionable, and we have to deal with those in a different way.” To that end, the company created a special investigations operations team that has “played a leading role in sending people guilty of serious fraud to prison. … Between fighting crime and helping people in their hour of need, it’s a meaningful, rich business to be in. We never have to wonder whether our work has meaning. We know that we’re having a positive impact in the world,” Pufall said.