Acknowledged by many as the dean of American insurance journalists, John N. Cosgrove, 93, passed away on Aug. 3, 2005.

Born in Savannah, Georgia Cosgrove was raised in Brooklyn, N.Y., and moved to the Jersey Shore in 1948, living in Monmouth Beach, Long Branch and most recently Oceanport.

Cosgrove was educated at New York University School of Journalism where he was campus correspondent for several New York newspapers. He became a sports reporter for the Brooklyn Eagle and later entered the insurance business. His career spanned over 44 years as a newsman, editor, author, lecturer, cartoonist, and company executive.

His accomplishments include serving as editor of the National Underwriter Magazine, author of the book Grey Days and Gold, a history of the Atlantic Mutual Insurance Company, and the book, The Fireman’s War, the story of the London Blitz during World War II. 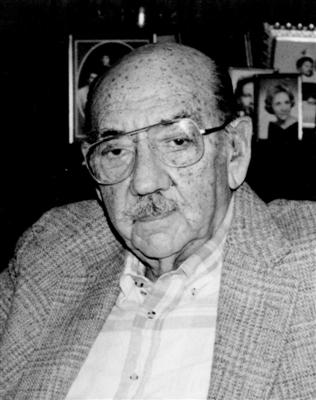 He also authored the textbook, Competition in Insurance Marketing.
In 1976 he received an honorary doctorate in humane letters from the College of Insurance and in 1994 he was awarded the Golden Torch Award by the Insurance Marketing Communications Association (IMCA) for his outstanding contributions to insurance communications. He has been described by his peers as knowledgeable in many fields, brilliant, warm, humorous, self-effacing, and strong minded. His family and friends will always remember his keen wit and loving ways.

Cosgrove was predeceased by his wife, Anne Fredrickson, and his daughter MaryEllen Signorelli. He is survived by his son John C. Cosgrove and his wife Judith of West Hartford, Conn., and his daughter, Jill Tober of Monmouth Beach. His grandchildren, David, and Leonora Cosgrove, Michael, and Meredith Signorelli, and Kevin, Brian, and Linnea Tober, and great-grandchildren, Ian, and Sarah Cosgrove, and Maria Accaria.

A funeral mass will be said at 10 a.m. on Saturday, Aug. 13, 2005, at St. Dorothea’s Catholic Church, Eatontown, N.J. and Internment is immediately following at Woodbine Cemetery, Oceanport, N.J.

In lieu of flowers donations in his memory are requested to: