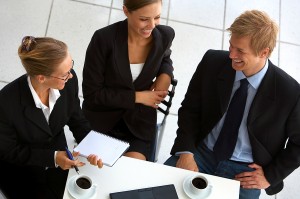 Female workers are six times more likely than male workers to experience sexual harassment on the job, according to a report out of Vanderbilt University in Nashville.

Vanderbilt University economist Joni Hersch has calculated the first measures of sexual harassment risks at work by industry, age group, and sex. In addition to finding that female workers are six times more likely to experience sexual harassment, Hersch also analyzed wages and found that firms must pay workers more for exposure to the risk of sexual harassment.

“Sexual harassment in the workplace is so universally despised that people require some extra compensation for exposure to a sexually harassing environment,” said the professor of law and economics.

Also, men in jobs with an average risk of sexual harassment receive, on average, 50 cents per hour more.

These values take into account a wide array of individual worker characteristics, including education and occupation.

But Hersch said that the fact that workers receive higher pay for assuming a risk of sexual harassment does not validate subjecting workers to this risk or imply that legal protections are not needed.

“The only other work-related risks that receive hazard pay are for risk of injury or fatality, and society would still prefer to eliminate workplace injuries and fatalities as well as sexual harassment in the workplace,” said Hersch.

Hersch’s findings have been published in “Compensating Differentials for Sexual Harassment” in the May 2011 American Economic Review.