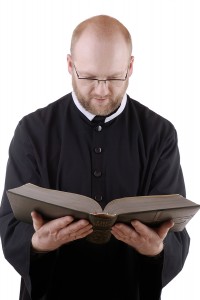 Religious groups and churches may hire and fire their leaders without being subject to laws against discrimination in employment, the U.S. Supreme Court said this week in a unanimous landmark ruling.

For the first time, the Supreme Court recognized a “ministerial exemption” to the nation’s employment discrimination laws.

“The interest of society in the enforcement of employment discrimination statutes is undoubtedly important. But so too is the interest of religious groups in choosing who will preach their beliefs, teach their faith, and carry out their mission,” wrote Chief Justice John G. Roberts Jr. “When a minister who has been fired sues her church alleging that her termination was discriminatory, the First Amendment has struck the balance for us. The church must be free to choose those who will guide it on its way.”

The decision clears churches and religious institutions to follow their teachings in employment decisions regarding its leaders but does not set forth a clear definition of what a leader is, beyond referring to them as “ministers.” However, the decision would appear to cover the hiring and dismissal of priests, rabbis and other religious leaders.

The case before the high court involved Cheryl Perich, a “called” teacher at a Hosanna-Tabor Evangelical Lutheran Church and School in Redford, Michigan A “called” teacher is someone called to their vocation by God and the congregation who undertakes special studies, as opposed to a lay teacher. Once called, a teacher receives the formal title “Minister of Religion, Commissioned” and is appointed to an an open-ended term that can be rescinded only for cause and by a supermajority vote of the congregation.

Most of Perich’s teaching had to do with secular topics although she did teach some religion classes and attend chapel with her students.

Perich developed narcolepsy and began the 2004–2005 school year on disability leave. In January 2005, she notified the school principal that she would be able to report to work in February. The principal responded that the school had already contracted with a lay teacher to fill Perich’s position for the remainder of the school year. The principal also expressed concern that Perich was not yet ready to return to the classroom.

When Perich returned to the school, the principal told her that she would likely be fired. She refused to resign and cited her rights under the Americans with Disabilities Act. The congregation voted to rescind Perich’s call and sent her a letter of termination.

Perich filed a claim with the Equal Employment Opportunity Commission, claiming that her employment had been terminated in violation of the Americans with Disabilities Act. The EEOC brought suit against Hosanna-Tabor, alleging that Perich had been fired in retaliation for threatening to file an ADA lawsuit.

Hosanna-Tabor argued that the suit was barred by the First Amendment because the claims concerned the employment relationship between a religious institution and one of its ministers. The District Court agreed and granted summary judgment in Hosanna-Tabor’s favor. The Sixth Circuit vacated that lower court ruling and recognized the existence of a ministerial exception rooted in the First Amendment, but concluded that Perich did not qualify as a “minister” under the exception.

But the Supreme Court said this week that the Sixth Circuit court erred and said Perich’s suit must be dismissed. The Supreme Court ruling said the ministerial exception is not limited to the head of a religious congregation. The court, however, said it would “not adopt a rigid formula” for deciding when an employee qualifies as a minister.

The First Amendment provides, in part, that “Congress shall make no law respecting an establishment of religion, or prohibiting the free exercise thereof.”

The Supreme Court noted that while it has not ever ruled whether the freedom of a religious organization to select its ministers is implicated by a suit alleging discrimination in employment, the nation’s courts of appeals have had experience with this issue and they have uniformly recognized the existence of a ministerial exception, grounded in the First Amendment.

The high court said it agrees that there is such a ministerial exception. Chief Justice Roberts wrote:

“Requiring a church to accept or retain an unwanted minister, or punishing a church for failing to do so, intrudes upon more than a mere employment decision. Such action interferes with the internal governance of the church, depriving the church of control over the selection of those who will personify its beliefs. By imposing an unwanted minister, the state infringes the Free Exercise Clause, which protects a religious group’s right to shape its own faith and mission through its appointments.”

Roberts also said that the purpose of the exception is not to safeguard a church’s decision to fire a minister only when it is made for a religious reason. “The exception instead ensures that the authority to select and control who will minister to the faithful—a matter ‘strictly ecclesiastical,'” he wrote.

The EEOC and Perich warned that a ministerial exception could protect religious organizations from liability for retaliating against employees for reporting criminal misconduct or for testifying before a grand jury or in a criminal trial. Also, the EEOC argued, the logic of the exception would confer on religious employers “unfettered discretion” to violate employment laws by, for example, hiring children or aliens not authorized to work in the U.S.

But the high court limited its decision.

“We express no view on whether the exception bars other types of suits, including actions by employees alleging breach of contract or tortious conduct by their religious employers. There will be time enough to address the applicability of the exception to other circumstances if and when they arise,” the court said.

The unanimous decision was hailed by religious organizations.

The church, Hosanna-Tabor, was represented by The Becket Fund for Religious Liberty and Douglas Laycock, a professor at the University of Virginia Law School.

“The message of today’s opinion is clear: The government can’t tell a church who should be teaching its religious message,” said Luke Goodrich, litigation director at The Becket Fund. “This is a huge victory for religious freedom and a rebuke to the government, which was trying to regulate how churches select their ministers.”

The U.S. Conference of Catholic Bishops issued a statement.

“This decision makes resoundingly clear the historical and constitutional importance of keeping internal church affairs off limits to the government—because whoever chooses the minister chooses the message. It’s a great day for the First Amendment,” said Bishop William E. Lori of Bridgeport, Connecticut, chairman of the U.S. bishops’ Ad Hoc Committee on Religious Liberty.

The Americans United for Separation of Church and State had filed a friend-of-the-court brief, noting that religious organizations have long had the right to limit employment to people who share their theology when those employees have clear religious duties, the “ministerial exception.” But the group argued that some courts have taken this concept too far. It criticized the Supreme Court ruling, which it said means a house of worship now has the right to fire a minister for reasons completely unrelated to religion.

“Clergy who are fired for reasons unrelated to matters of theology – no matter how capricious or venal those reasons may be – have just had the courthouse door slammed in their faces,” said Rev. Barry W. Lynn, executive director of Americans United.