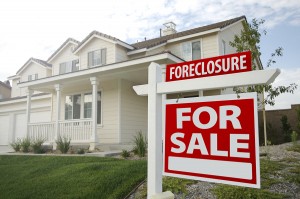 A national survey found 301,874 “zombie” properties dotting the U.S. landscape in which homeowners in foreclosure have moved out, leaving vacant property susceptible to vandalism and degradation.

Florida tops the list of zombie properties with 90,556 vacant homes in foreclosure, according to a foreclosure inventory released by RealtyTrac, a real estate information company in Irvine, California.

Illinois and California ranked a distant second and third with 31,668 and 28,821 zombie properties respectively on the list.

The number of homes overall in foreclosure or bank-owned rose by 9 percent to 1.5 million properties nationally in the first quarter of 2013 compared to a year ago, according to RealtyTrac.

Another 10.9 million homeowners nationwide remain at risk because they owe more than their property is worth, according to company vice president Daren Blomquist.

RealtyTrac for the first time analyzed data on zombie properties after a Reuters’ special report in January examined the special problem of zombie titles, Blomquist said.

Reuters revealed the plight of people who walked away from their homes not realizing that their names remained on the deed and that they were financially liable for taxes and other bills related to the abandoned property.

In some cases, homeowners vacated after receiving a notice from the bank of a planned foreclosure sale, only to find out later the bank never followed through.

Zombie properties can be easy to spot as they deteriorate into neighborhood eyesores and havens for criminal activity.

Zombies in Washington, Indiana, Nevada and Oregon also constitute 50 percent or more of the properties in foreclosure, according to the report.

Blomquist said the number of zombie properties could be higher than represented in the RealtyTrac report, which used a conservative methodology.

In Florida, for example, the company does not count any property that has been in foreclosure longer than the state average of 853 days and for which there has been no significant recent activity. The report also does not take into account cases in which a bank chose not to follow through on a foreclosure judgment, leaving the property in limbo.

Blomquist said the long average time to complete a foreclosure case in Florida likely contributes to the high number of zombie properties, as people give up hope over time and walk away.

Blomquist said the findings overall show a housing recovery is under way but not yet deeply rooted.

“I think the empty foreclosures is less of a long-term threat but it certainly is affecting individual communities and neighborhoods,” Blomquist said.

According to the Reuters special report, municipalities are left to deal with the mess when people move out after receiving a notice of a planned foreclosure sale that the bank then cancels.

Some spend public funds on securing, cleaning and stabilizing houses that generate no tax revenue. Others let the houses rot.

In some cities, people with zombie titles can be sentenced to probation, with the threat of jail if they don’t bring their houses into compliance.