CoverHound has raised $33.3 million in a financing round led by ACE Group, which the company plans to use to build an online commercial insurance platform starting with businessowners policy insurance offerings that could be available next year.

San Francisco, Calif.-based CoverHound announced its Series C financing round today, just months after announcing its Series B round.

The investment gives ACE a roughly 24 percent stake in the tech company and representation on its board, according to CoverHound CEO Keith Moore.

CoverHound partnered with Google in March on its Google Compare online auto insurance shopping web portal, a step Moore credits with giving the company the inspiration to forge into online commercial insurance distribution. 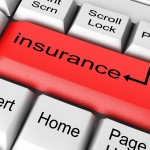 CoverHound’s partnership on Google Compare has so far produced a big crop of high net worth business, Moore said.

“Something we didn’t anticipate in this partnership is really more high net worth individuals than we thought,” Moore said.

A lot of that has to do with CoverHound’s carrier partners on Google Compare, which include ACE, The Chubb Corp. and Fireman’s Fund Insurance. All are major players in high net worth insurance, and may be an even more imposing presence combined. ACE announced its acquisition of Chubb for $28.3 billion in cash and stock in July and it acquired Fireman’s Fund’s personal lines in April.

“Everything from Maybachs to Bentleys are coming from that platform, and we’ve never experienced that before,” Moore said. “We’re really looking to expand our product offerings across segments, because we’re seeing more individuals of high net worth and more preferred than anticipated.”

He believes access to the high net worth segment gives CoverHound a foothold into commercial insurance because a large portion of that consumer base are likely business owners or decision makers.

“BOP will be the initial focus, we’re eventually going to expand it out to (errors and omissions),” Moore said.

Beyond those lines Moore foresees offerings for startups and businesses in the incubation phase, which typically only seek coverage under a BOP policy.

Startups are prime targets for online insurance because they run lean and therefore do as much as possible on the Internet, where there’s typically low overhead, he said.

“We think there’s opportunity for new products to emerge from this, so why not by insurance from CoverHound in a 15-minute session,” Moore said.

CoverHound’s interest in providing insurance for startups stems from its membership in New York-based AngelPad, an incubator launched in 2010 by a group of former Google employees.

Moore believes his firm’s involvement with AngelPad gives CoverHound an inside track with its other startups in the incubation phase.

“It’s is a whole new market,” he said. “Nobody’s aggressive out there going after the startups and entrepreneurs.”

Some insurance experts, who view online distribution as the “Googleization of insurance,” believe it’s that same convenience that online insurance buying provides to customers that will drive business owners to stay with agents who can spare them from having to figure out online what risks they need to insure and what coverage gaps they may have.

That point about agents retaining small business customers who believe shopping online is a hassle was made by Hank Haldeman, president of the board of directors for the National Association of Professional Surplus Lines Offices, who said that he doesn’t “think that will change” in remarks at NAPSLO’s recent annual meeting.

Analyst Cliff Gallant, managing director at Nomura Securities, who follows ACE and other large carriers, wasn’t surprised by the investment from the carrier, which he said is generally conservative in its investments.

“It doesn’t surprise me that this is something they would do,” Gallant said. “ACE is a very forward-thinking company.”

Last week Gallant raised his estimates for ACE’s earnings per share for next year to $10.50. The average analyst estimate for EPS in 2016 is $9.34.

Gallant has ACE rated a “strong buy,” and lists it as one of his top picks among the companies he covers, which includes Berkshire Hathaway, Allstate and AIG.

“It’s a very young, aggressive company – for an insurance company that is,” he said. “It is a very tech-interested company as well.”

It’s not unheard of for a carrier to invest in innovators.

Not everyone thinks what CoverHound is doing with commercial insurance will prove successful.

“The fundamental requirement for the digital distribution of insurance requires the industry to be able to allow consumers to shop, compare and buy online,” said Jeff Chesky, president and CEO of Insuritas. “Coverhound has failed to do that with its personal lines insurance and the challenge is even more substantial for small business insurance.”

Chesky views CoverHound as a lead generator that merely keys in consumer requests for carriers and agents to follow up on, but which “does not have the technology to allow consumers to buy online.”

“It’d be like going to Amazon and getting pricing for flat screen TVs from Sony and Panasonic and LG and then when you select a Sony, Amazon would require you to go to Sony’s site to buy the TV,” he said of what CoverHound does. “We’re the only guys in the nation who have a buying online capability.”

Chesky believes CoverHound can’t offer a “straight-through” quoting-to-buying process because carriers are risk adverse about customers who use an online comparative rater to find the cheapest insurance.

“When carriers don’t understand the risk profile, the issues around commercial insurance are even more challenging with getting carriers to offer a compare-rate-and-buy solution for small business owners,” Chesky said.

According to CoverHound, the company sold its first pure “straight-through” policy online more than a year ago, and it has sold policies to shoppers from Google Compare.

The company also refuted Chesky’s claim that CoverHound is a lead generator. A CoverHound spokeswoman said via email that the company does not key in consumer requests for carriers or for agents and it never sells consumer data.

Moore said much of the software and personnel infrastructure is already in place to quote and sell commercial policies.

“We’ve been working on these things for several years,” the CoverHound executive said.

He said CoverHound is also working in partnership with a large personal finance website as part of its online distribution expansion that Moore believes will bring more commercial customers into the fold. He didn’t provide many details on that deal.

“They’re one of the top three or four personal finance management sites on the web,” Moore said.

CoverHound laid out the plans for its financing in a release issued today: