Some industry groups have vowed to fight it in court and in the U.S. Congress, calling it unnecessary and warning that compliance will cost billions of dollars.

Issued by the Occupational Safety and Health Administration (OSHA), the rule lowers the exposure limit for silica dust for the first time since 1971 to 50 micrograms per cubic meter of air. The levels had been set at 250 micrograms for construction and 100 micrograms for other industries.

It also requires employers to monitor silica in the workplace, use specific methods to reduce exposure and provide medical exams to workers, among other measures.

U.S. Labor Secretary Thomas Perez at a news conference at the International Masonry Institute in Bowie, Maryland on Thursday called the deaths of thousands of workers over the last century from silica-related illnesses “a scourge to our nation’s history.” 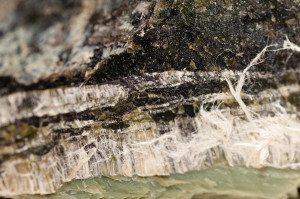 The rule takes effect immediately, but construction companies have until June 2017 to comply. Other industries were given an additional year.

OSHA said 2.3 million U.S. workers are exposed to silica dust, with the vast majority in construction, and that the rule would save an estimated 600 lives and prevent 900 cases of silica-related illnesses annually.

Silica has been linked to silicosis, an incurable lung disease, as well as lung cancer, tuberculosis and other maladies.

The U.S. Chamber of Commerce, the American Petroleum Institute and other industry groups fought hard against efforts to strengthen the rule, saying OSHA should concentrate on enforcing existing regulations.

The groups also claimed the rule will be impossible to comply with due to limitations in measuring silica levels and said it is unnecessary since silicosis deaths have dropped by more than 90 percent since the early 1960s.

Jay Timmons, president and chief executive of the National Association of Manufacturers, said on Thursday that the new rules were based on out-of-date research and that regulators had vastly underestimated the cost of the rules to businesses, which would run into the billions.

OSHA first sought comment on the need to update the silica rules in 1974. The agency finalized a proposal in 2011, but the White House Office of Management and Budget held up the process for more than two years before allowing OSHA to publish the plan in 2013.

(Reporting by Robert Iafolla in Washington and Daniel Wiessner in Albany, New York; Editing by Alexia Garamfalvi and Jonathan Oatis)