A federal appeals court in Chicago gave a thumbs-up this week to an obscure regulatory practice that helps the U.S. government account for projected costs of climate change. The decision comes less than a week after the White House issued guidance to all federal agencies about how they can build carbon accounting into their decision-making.

Although not as splashy as the economywide “cap” on climate pollution President Obama proposed in his first term, the intensely wonky “social cost of carbon” is gradually making its mark. The seismic effect of bureaucrats at every level of government adding a new line to their balance sheets cannot be overstated. 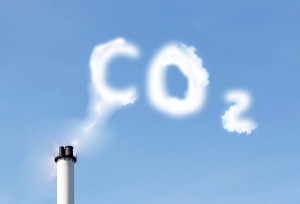 The three-judge panel held that the U.S. Department of Energy acted in a reasonable and fair manner when, in 2014, it issued two rules promoting energy efficiency in commercial refrigerators. Multiple lawsuits against the agency were consolidated into one case, which eventually landed in the U.S. Court of Appeals in Chicago.

Unsurprisingly, the decision doesn’t read like a potboiler. U.S. Senior Circuit Judge Kenneth Ripple, a Ronald Reagan appointee, methodically addressed the plaintiffs’ arguments, moving from questions about the public availability of an engineering spreadsheet, to the thickness of insulation foam, to the industry trend toward high-efficiency compressors. But beyond the facts of the case, the decision’s broader impact on U.S. climate change policy is that it allows the government to incorporate the social cost of carbon.

To understand what it does, let’s step into the shoes of a resource economist. From this vantage point, the climate problem isn’t all that complicated to describe:

Scientists know that greenhouse gas pollution is disrupting the planet’s climate and causing economic damage—and that the worst of both is yet to come. The costs of these projected damages to society are not reflected in today’s fossil fuel prices. Using the social cost of carbon—or estimates of those future damages in today’s dollars—policymakers can design a fix that builds in the empirical cost of climate change over time. Agencies like the Department of Energy use it in cost-benefit analyses of regulation.

The social cost of carbon isn’t a particularly sonorous moniker. One way to think of it would be as a kind of bridge to the future and back. It’s a way to express the net-present value of climate chaos, for every additional metric-ton emission of carbon dioxide. The Obama administration’s estimate—about $36 a ton in 2015 (PDF)—was developed by an interagency group in 2010 and revisited last year. The estimates are based on physical science and projections of energy use, population, and economic growth. It’s complicated, rigorous, and imperfect.

The social cost of carbon also cropped up last week. On Aug. 2 the White House Council on Environmental Quality issued guidance for federal agencies to use when studying the potential environmental impact of their decisions. “Guidance” is as legally flimsy as it sounds: It’s a reversible way for a president to introduce new practices into federal agencies, including unifying their approach to counting carbon. Footnote 86 on page 33, however, explains that when conducting cost-benefit analyses, agencies can include the social cost of carbon in their calculations. There’s the beef.

It’s a shadow price, a tool many companies have had for some time (PDF). State and national governments consult these estimates when writing climate policy. Politicians, researchers, companies, diplomats all spar over what the best estimate for the social cost of carbon is. None who are engaged in serious policy argue that the best estimate is the current rate of $0.

Soon, we may start to see exactly how much money climate change will cost us.