Insurance brokers who sold allegedly illegal workers’ compensation products from Berkshire Hathaway affiliates involved in legal and regulatory troubles in New York and California could end up being strapped with liability issues that may not be covered by their professional liability insurance, according to sources familiar with the matters.

The products are at the center of charges made in a New York lawsuit filed on Sept. 9 by attorneys for New York City-based Breakaway Courier Corp. over a dispute between the company and its carrier involving its workers’ comp bills.

The suit, which also names as a defendant Omaha, Neb.-based Berkshire Hathaway Inc., as well as several Berkshire companies with names starting with “Applied,” alleges that an unlicensed, unrated insurance company was involved in selling the products. Applied Underwriters Captive Risk Assurance Company Inc. (AUCRA) and Applied Underwriters Inc. (AU), both involved in the suit, are unrated by A.M. Best; AU is not licensed to do business in New York.

In documents filed in the case, including a response to the suit filed by attorneys for the defendants, these workers’ comp products are referred to as “investments.”

Among the reasons brokers who have sold the products may be concerned is because a Reinsurance Participation Agreement (RPA), which policyholders were asked to sign, describes the program’s profit-sharing component as an “investment” and not as insurance coverage.

See Applied’s responses to the lawsuits, and allegations.

A source familiar with both the New York and California cases who says he works in the brokerage community believes brokers will be negatively affected and could end up having to defend themselves against angry clients that are forced into payments much higher than they believed were originally agreed to.

“They’re trying to throw the brokers under the bus in this whole thing,” said the source, who asked not to be identified. 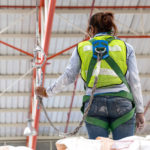 The source believes brokers could be refused coverage by errors and omissions carriers, and here’s the reasoning: The agreement is being treated not as insurance, but as an investment. Brokers are prohibited from selling to carriers that are not A.M. Best rated, while both AUCRA and Applied Underwriters Inc. show NR (not rated) ratings from A.M. Best. Further adding to the potential concern for brokers is that Applied Underwriters Inc. is not licensed to do the business of insurers, while AUCRA is only licensed in California and Iowa, according to the New York complaint.

“There are no amounts of money being charged by a licensed entity,” the source said. “If it’s a premium, it’s being collected illegally. If it’s an investment, it’s being collected illegally as well. So a broker could have introduced an investment in a reinsurance company that is not rated and not licensed despite insurance policies that are being issued through it.”

A similar lawsuit is ongoing in California, where a similar workers’ comp product was being sold until the state’s insurance commissioner forced those selling the product to agree to a cease and desist order earlier this month.

The New York suit alleges that Berkshire and its affiliates have created an illegal scheme to steal workers’ comp premiums under what’s referred to as a “reverse Ponzi scheme” targeting New York consumers. It alleges that Berkshire Hathaway is in violation of multiple sections of New York insurance law by causing an unlicensed foreign insurance company to divert insurance premiums to another entity unlicensed by New York State and siphoning those premiums through under collateralized shell companies.

The so-called scheme has helped Berkshire Hathaway become a large national seller of workers’ comp over the last six years, according to the suit.

Berkshire’s market share has jumped up to fifth in the nation with average annual premium growth of nearly 40 percent since 2009, roughly the time its affiliates started selling the product, according to recent data published by Insurance Journal’s sister publication Carrier Management.

Raymond J. Dowd, with the New York law firm of Dunnington Bartholow & Miller LLP, which is representing Breakaway in the case, said the “scheme” enables the affiliates to keep far less loss reserve than other carriers, giving it a competitive advantage.

“If the rest of the industry has to keep a loss reserve of 70 percent because actuaries say that’s the amount that you need to pay out to injured workers – based on 100 years of actuarial experience – and Applied is saying, ‘Oh no, it’s 30 percent for us,’ there’s not reality there,” Dowd said

Dowd alleges the scheme is essentially what’s known as shadow insurance, in which one insurance entity is insured by another affiliate.

“The rule is you want all the risk to be spread, because in case there’s a disaster, the system can handle it,” Dowd said. “If you look at the big picture, all the risk is concentrated.”

The scheme differs from a typical Ponzi scheme in which victims are paid with investments by others. Instead, it requires insureds to cover each other’s losses. The complaint states victims of the scheme are led to believe their capital is being paid into protected cells and will eventually be returned to them, however it is siphoned off through an unregistered Hawaiian entity, leaving New York employers and injured workers without the funds required by New York state to cover losses related to worker injuries.

Employers are lured by discounted workers’ compensation insurance premiums and a share in underwriting profits. However, New York insurance law forbids an insurer to rebate premiums or offer any benefit as an incentive for an insured to enter into an insurance contract. Because Breakaway was incentivized based on the understanding that it would share in underwriting profits related to workers’ compensation insurance premiums, the transaction violates New York state insurance law, according to the complaint.

“Under New York law, you can’t give any discounts,” Dowd said.

Since workers’ compensation insurance is regulated at the state level, laws regarding this vary by state.

In this case, Applied Underwriters presented Breakaway with a profit-sharing plan called Premier Exclusive, in which it could save money on workers’ comp insurance premiums and have a chance to participate in underwriting profits. The plan was presented as an investment scheme that would allow Breakaway to pay lower insurance premiums, as well as save and recover funds through rebates if there was an underwriting profit.

To participate, however, Breakaway signed a RPA – a complex derivative instrument that shifts all risk of losses from worker injuries back onto the insureds, according to the complaint. To pay premiums, clients fill out monthly Automated Clearing House (ACH) forms, or direct deposit forms, that collect money directly from clients’ bank accounts, according to the source.

“You never see a check go out on a monthly basis to Applied Underwriters – that’s just a holding company that is unlicensed to do the business of insurers,” said the source.

AU takes the money in through the ACH forms, while Applied Risk Services acts as the billing agent and internally moves the money around, the source explained.

“From an insurance perspective, it’s the largest insurance company doing business without a license,” the source said.

The case refers to a similar matter in California in which Commissioner Dave Jones has faulted Berkshire’s Applied Underwriters Inc. and California Insurance Co. units over the sale to Shasta Linen Supply Inc. of a nontraditional workers’ comp policy called EquityComp, the terms and rates for which had not been reviewed by state officials.

In July Jones’ office issued a cease and desist notice in the Applied case, and while Jones and Applied reached a deal where Applied agreed to stop selling EquityComp, there is still a lawsuit ongoing.

“We reached a settlement with Applied Underwriters,” Nancy Kincaid, a spokeswoman for the CDI said. “The Shasta Linen writ is still pending in Los Angeles County Superior Court.”

Craig E. Farmer, of Farmer, Smith & Lane, LLP, the firm represents the insured, Shasta Linen Co., said he expects a hearing date in the Shasta Linen case to be set for Oct. 6.

The EquityComp program was launched in 2008 and has risen steadily since.

During the life of the EquityComp program, CIC saw its market share in total written premiums in California go from 37th at .867 percent to seventh at 2.92 percent, the document shows.

Several companies named Applied are involved in both New York and California cases.

The result, whether intentional or not, makes it difficult to comprehend the relationship between the firms and which entity is performing what function.

“There are a lot of legitimate businesses with lots of confusing names, so it’s not necessarily anything nefarious,” Dowd said. “However, if you want to confuse regulators, it is how you do business.” The way in which the businesses are structured fits with Berkshire CEO Warren Buffett’s philosophy of building “moats,” according to Dowd.

“Warren Buffett’s business concept is that you build moats around these businesses,” Dowd said.

Buffett has often been quoted about his moat philosophy with the line: “In business, I look for economic castles protected by unbreachable moats.”

Dowd believes moats were constructed around these Berkshire affiliates to create protective barriers that keep regulators and workers’ comp customers from getting a clear picture of their innerworkings.

“What I’d like to know is who’s behind the castle, where’s the king?” he said.

When contacted by Insurance Journal, a spokesperson for Applied Underwriters Inc. said the company does not comment on pending litigation. Berkshire Hathaway Inc. could not immediately be reached for comment.

The California structure of the Berkshire affiliates named in the decision, like those in New York, is complex.

AUCRA is an insurance company organized under the British Virgin Islands law and is domiciled in Iowa. Its sole purpose is to serve as CIC’s reinsurance arm.

ARS is the billing agent for EquityComp. The boards for CIC, AU and AUCRA are identical in composition.

A quota share agreement between AUCRA and California Insurance Company was revised January 2012 to reflect the British Virgin Islands entity being taken off of the contract, leaving only Iowa-based AUCRA on the contract and bringing to light additional concerns involving the New York case, the source said.

After Breakaway’s Premier Exclusive policies expired on June 30, 2012, it agreed to purchase a renewal option from Applied Underwriters Inc. called Solution One. Breakaway subsequently signed a second RPA with AUCRA BVI in July 2012, while a report of the California Department of Insurance shows AUCRA BVI ceased to exist on Dec. 9, 2011, according to the complaint.

This may be because the Dodd-Frank Wall Street Reform and Consumer Protection Act (Dodd-Frank), signed into law after the financial crisis, contains the Nonadmitted and Reinsurance Reform Act of 2010, which went into effect in July 2011, the source explained.

“What that said is that you can’t, as an insurance company, accept reinsurance credit from entities not on the NAIC alien insurance company approved list – AUCRA BVI is not on that list,” the source said. “There are multiple RPAs out there signed after December 9, 2011 until about 2013 after the company ceased to exist.”

It is unclear if the matters involving the New York case against Berkshire are being investigated by the New York Department of Financial Services (NYDFS), which declined to comment for this story.