A decision from the California Department of Insurance has workers’ compensation carrier Applied Underwriters and one of its companies on the defensive, and now a class action suit has been filed seeking to recover premiums paid by insureds to one of its large programs.

The decision handed down by California Insurance Commissioner Dave Jones last week found that the worker’s comp carrier’s EquityComp program and an accompanying reinsurance participation agreement constitute a collateral agreement under California code, and that Applied’s failure to apply with the Workers’ Compensation Insurance Rating Bureau for approval of the agreement violates that code.

Attorneys for Applied Underwriters provided a statement regarding the decision on Wednesday that disagrees with the commissioner’s decision that the participation agreement constitutes a collateral agreement, and that the carrier will seek the balance of the insurance premiums for the workers’ comp policies that are now due.

“We are exploring our options, but in the interim we will reach out to the California Department of Insurance to discuss how to file the Reinsurance Participation Agreement for their review and approval,” the statement reads. 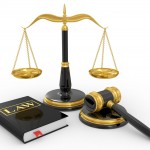 According to the statement, Applied Underwriters will now seek the remainder of unpaid premiums owed on the workers’ comp policies, which comes to $232,022.46. The company also said it reserves the right to challenge the commissioner’s decision.

With what he considers a victory from the commissioner in hand, an attorney for the insured said on Tuesday he has filed a federal class action lawsuit in the Eastern District of California against Applied Underwriters and its affiliate entities.

“At the end of the day the question is: what are they going to return to the employer and what does the employer owe to the California Insurance Co.,” said Craig E. Farmer, of Farmer, Smith & Lane, LLP. The firm represents the insured, Shasta Linen Co.

Farmer noted that Jones’ opinion is that that process used by EquityComp is unlawful. “To me what that means is that these people engaged in an unfair business practices and that has to be stopped,” he said.

“The complaint alleges on behalf of Shasta Linen Company and all those similarly situated that these defendants engaged in fraud and unfair, deceptive, and unlawful business practices in violation of California’s unfair competition law, Business & Professions Code section 17200, et seq.”

The suit seeks damages, including punitive damages, as well as “restitution and disgorgement of all monetary sums collected by the defendants pursuant to this illegal scheme.”

It was not immediately clear how many companies are part of the EquityComp program, but Applied Underwriters said it has “significant writings” under the program throughout the country.

“Not only is the case without merit, we doubt Shasta Linen is the appropriate lead plaintiff, and also doubt that a majority of our clients who are enjoying the benefits of our EquityComp product will join and risk losing the benefit of their EquityComp participation, or end up owing more money under the guaranteed cost workers’ compensation policies similar to Shasta Linen’s current situation,” the statement reads.

Shasta Linen’s attorneys contend that CIC violated the insurance code and that the reinsurance participation agreement entered into constitutes a collateral agreement under the California Code of Regulations, which require such agreements to be first filed with the insurance commissioner.

They also argued worker’s comp policy does not specify the basis and rates upon which the final premium was to be determined and paid.

The attorneys asked the commissioner to bar CIC from enforcing the terms of EquityComp and the reinsurance agreement, including the mandatory arbitration provisions, and that the commissioner order CIC to return all money contributed to Shasta Linen’s cell account – except for those used to settle worker’s comp claims – as well as all fees collected and disbursed to Applied Underwriters and Applied Underwriters Captive Risk Assurance Co.

CIC in its arguments before the commissioner asserted that Jones lacks jurisdiction over Shasta Linen’s appeal, and that the reinsurance agreement is not a collateral agreement because it does not change the cost of insurance under the policy, nor does it impact insurance rates, and it doesn’t modify the terms of the policy issued to Shasta Linen.

The Applied Underwriters statement from Wednesday noted that the company’s EquityComp product has provided clients with flexible risk retention options for more than 15 years, and that it has “significant writings through EquityComp throughout the United States.”

“Without exposing the client to excessive amounts of risk, EquityComp allows businesses to participate in a long term risk sharing arrangement across multiple years and including multiple states,” the statement reads. “For businesses that run good operations and work to control the occurrence and cost of workers’ compensation claims, EquityComp is an excellent choice. Customer satisfaction in EquityComp is reflected by the continued growth in the product in last the last decade and a year-over-year renewal retention rate approaching 90 percent.”

The dispute dates back to Aug. 29, 2014, when Shasta Linen filed an appeal with the CDI Administrative Hearing Bureau in response to CIC decision rejecting Shasta Linen’s complaint and request for action.

On Sept. 5, 2014, the matter was assigned to Administrative Law Judge Kristin L. Rosi, who at one point during a series of hearings ordered CIC to turn over certain information, such as copies of CIC’s annual statements, the total number of EquityComp participants, a list of complaints filed regarding the program and an EquityComp loss ratio sensitivity analysis for 2013 and 2014.

Sacramento Valley Insurance Services served as Shasta Linen’s insurance broker and secured the company’s worker’s comp insurance through a guaranteed-cost policy. From 2002 through 2008, Shasta Linen’s experience modification ranged from 66 percent to 80 percent, “demonstrating that Shasta Linen had a more favorable loss experience than other businesses in their industry,” Jones’ decision states.

Executives for the agency could not be immediately located to comment for this story.

When Shasta Linen anticipated an increase in its experience modification factor in 2009 due to several earlier claims, the broker presented the EquityComp program as an alternative to the traditional guaranteed-cost policy along with quotes from other insurers offering guaranteed-cost policies.

“The EquityComp rate quote indicated a minimum single-year premium of $107,541 and a maximum premium of $322,623,” the decision states. “The broker did not present Shasta Linen with a copy of the Reinsurance Participation Agreement nor had the broker read the RPA at the time he presented the program.”

Shasta Linen agreed to enroll in the three-year EquityComp program after reviewing the premium and claim amount tables in Applied Underwriter’s marketing materials, according to the decision.

In the final month of the three-year program, December 2012, Shasta Linen received a monthly bill for $77,593.66, the decision states. By that time, Shasta Linen had already paid $934,466.60 in EquityComp costs over the three years and its captive cell help roughly $200,000, according to the decision.

One month after the program ended and the worker’ s comp policy expired, Shasta Linen received a bill for an additional $166,619.75. According to the decision, Shasta Linen has not paid the additional money owed because it argues that such payments exceed the guaranteed-cost policy’s quoted amount, they were not fully explained and are inconsistent with the guaranteed-cost policy, the decision states.

The decision states that CIC continues to compound interest on the unpaid charges each month.

Despite Less Driving During 2020 Pandemic, Traffic Deaths Were Highest In 13 Years