According to the Kaiser Family Foundation analysis, the annual cost of treating opioid addiction and overdose – stemming from both prescription and illicit use — has increased by more than eight-fold since 2004, from $0.3 billion to $2.6 billion in 2016.

A majority (53%) of spending paid for the treatment of enrollees’ dependent children. 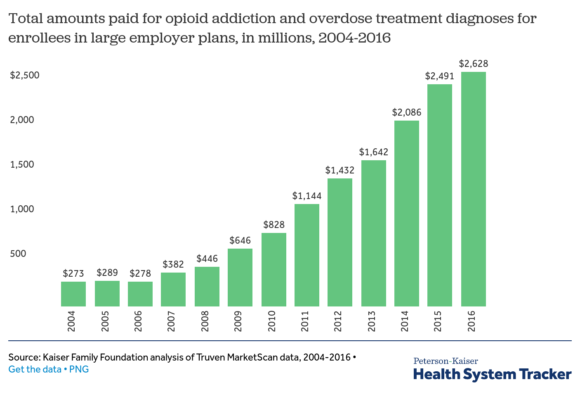 In addition to providing data on opioid misuse spending, the brief highlights general trends in the use of opioids among people with employer-based coverage. It finds:

The issue brief is available on the Peterson-Kaiser Health System Tracker, a partnership between the Peterson Center on Healthcare and the Kaiser Family Foundation that monitors the U.S. health system’s performance on key quality and cost measures. The analysis is based on a sample of health benefit claims from the Truven MarketScan Commercial Claims and Encounters Database to calculate the amounts paid by insurance and out-of-pocket on prescription drugs from 2004 to 2016. A sample of between 0.8 and 19.8 million enrollees per year was used to analyze the change from 2004 to 2016 in opioid-related spending and utilization. 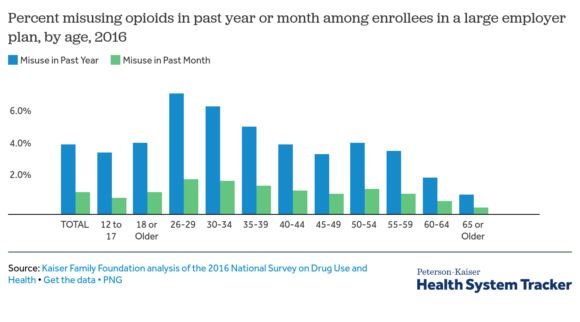 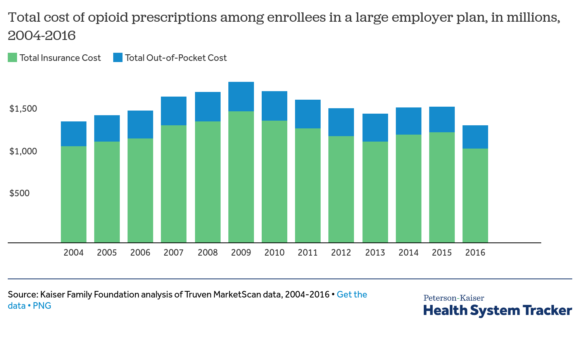 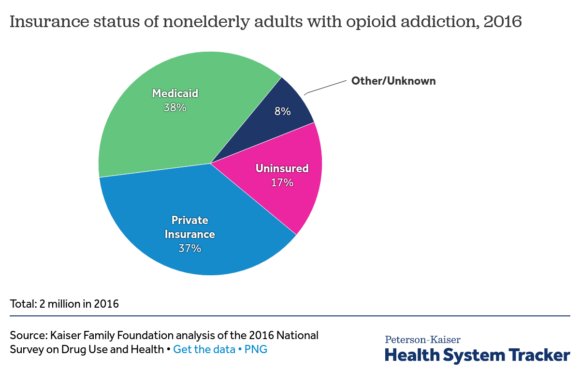