For years, Facebook Inc. lobbied governments against imposing tough regulations, warning in some cases that they could harm the company’s business model. Now, it’s pleading for new rules for the good of its business.

In a white paper published Monday, Facebook detailed its push for internet regulation, calling on lawmakers to devise rules around harmful content, a different model for platforms’ legal liability and a “new type of regulator” to oversee enforcement.

“If we don’t create standards that people feel are legitimate, they won’t trust institutions or technology,” Facebook’s Chief Executive Officer Mark Zuckerberg said in an op-ed in the Financial Times on Monday. That and the publication of the white paper coincided with a visit to Brussels, home of the European Union institutions that have crafted some of the toughest rules in recent years.

Silicon Valley firms have suffered from what’s been dubbed as a “tech lash,” with users frustrated over how web platforms profit from their data. Facebook has borne the brunt of that disenchantment following a series of missteps including privacy breaches and accusations it didn’t do enough to stop election manipulation on its platform. Meanwhile, Facebook’s user growth is stagnating in the U.S. and Canada – its most important markets.

Facebook says it has “joined the call for new regulatory frameworks for online content—frameworks that ensure companies are making decisions about online speech in a way that minimizes harm but also respects the fundamental right to free expression. This balance is necessary to protect the open internet, which is increasingly threatened—even walled off—by some regimes.”

“I believe good regulation may hurt Facebook’s business in the near term but it will be better for everyone, including us, over the long term,” Zuckerberg said in the op-ed, echoing comments he made over the weekend at the Munich Security Conference.

In Brussels, Zuckerberg has Monday meetings with EU tech czar Margrethe Vestager and other senior officials as the bloc prepares new legislation in areas including artificial intelligence, gate-keeping tech platforms and liability for users’ posts, all of which could impact Facebook’s business.

In the op-ed, Zuckerberg said Facebook was hoping for clarity around what constitutes a political ad – especially if paid for a group not directly affiliated with a political party, such as a non-governmental organization. Companies also need clearer lines around data ownership to enable users to move their information between services, he said.

In addition, the company would look into opening up its content moderation systems for external audit to help governments design regulation in areas like hate speech, he said. 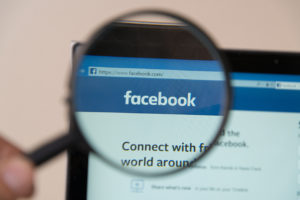 Any new rules should hold internet companies accountable for having certain procedures in place and platforms should meet specific performance targets when it comes to handling content that violates their policies, Facebook said in Monday’s white paper. Rules should also define forms of speech that should be prohibited online, even if they’re not illegal, it said.

When it comes to liability for what users post on its platform, Zuckerberg said in a media roundtable in Brussels on Monday that a different regulatory system should be created — somewhere between newspaper publishers, who can be sued for what journalists write in their pages, and telecommunications companies, who aren’t liable for customer conversations. This legislation may require a new type of regulator that is proficient in data, operations and online content, the company said.

European Industry Commissioner Thierry Breton said in a press briefing he had discussed platform regulation, market dominance and liability in a meeting with Zuckerberg this afternoon.

Breton took note of Facebook’s use of AI systems to take down more harmful content, but said “if we see that it’s not what we need regarding our own standards, then we will have to regulate.” He also warned the EU could regulate the market dominance of platforms like Facebook’s.

Zuckerberg reiterated that companies shouldn’t be in charge of making decisions that balance competing social values, and said he hopes that new laws will draw cleaner lines to help companies navigate those decisions — even as regulators in Europe are also investigating Facebook over its compliance with existing privacy and antitrust rules.

“People need to feel that global technology platforms answer to someone,” Zuckerberg said in the op-ed, but also stressed that the plea “isn’t about passing off responsibility.” He said that Facebook is continuing to make progress on some of the issues on its own.

It’s not a coincidence that the chief executives of tech firms like Facebook and Google are making the pitch for regulation in the EU capital. They have seen before that, when the EU sets sweeping laws on tech, like the General Data Protection Regulation, the impact can reverberate far beyond its borders.