Texas-based personal lines insurance agency Goosehead Insurance has fired an employee who participated in the storming of the Capitol yesterday.

According to a posting on Goosehead’s Twitter account, Paul Davis, who was associate general counsel, is no longer with the firm as of this morning.

Insurance Journal confirmed the dismissal with a company vice president.

Reports on Twitter by Roger Sollenbegrer, a writer at Salon, indicated the firing happened after Davis posted this Instagram claiming he was tear gassed at the Capitol. 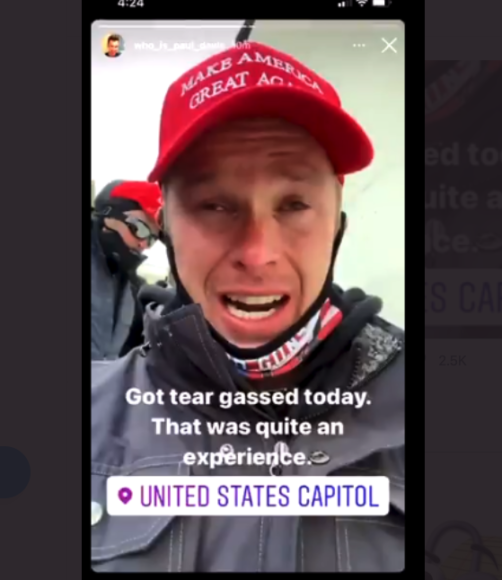 A copy of an internal company email from CEO Mark Jones obtained by Insurance Journal confirms the firing was due to the former executive’s alleged participation in the violence at the Capitol.

“While we support our employees’ right to vote and express themselves politically, we do not condone violent or illegal acts. This one former employee’s actions are not reflective of our company culture or values, and we are disappointed with his behavior,” Jones said in the email.

In the email, Jones identifies himself as an immigrant from Canada and a political conservative who would “prefer a more conservative government than has just been elected,” but who accepts that “more people chose to move our government toward the left – and I respect their choice and it is my privilege to support the government my fellow citizens chose.”

Goosehead Insurance (NASDAQ: GSHD), a fast-growing independent personal lines insurance agency, has a network of nine corporate sales offices and over 1,100 operating and contracted franchises. About a month ago, Goosehead announced it had surpassed $1 billion in total written premium.