Conditions remain in line for the current Atlantic hurricane season to be an above-average one, according to the mid-season update by NOAA’s Climate Prediction Center.

“After a record-setting start, the Atlantic 2021 hurricane season does not show any signs of relenting as it enters the peak months ahead,” said Rick Spinrad, Ph.D., NOAA administrator. 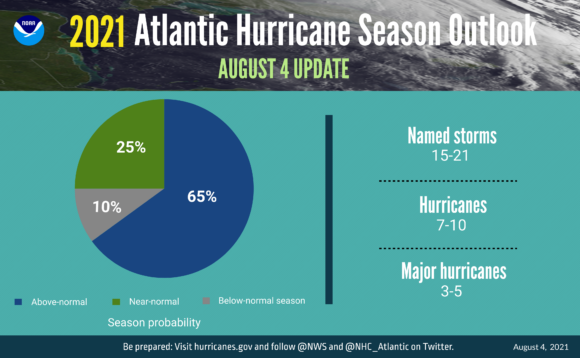 “A mix of competing oceanic and atmospheric conditions generally favor above-average activity for the remainder of the Atlantic hurricane season, including the potential return of La Nina in the months ahead,” said Matthew Rosencrans, lead seasonal hurricane forecaster at NOAA’s Climate Prediction Center.