Whenever a legal dispute arises as to insurance coverage, the court will evaluate policy language to determine if a specific cause of loss constitutes a covered event under the terms of that policy.

When workers compensation and workplace violence intersect, it must generally be shown that the loss occurred in the scope of employment and while the employee was working.

Some claims, however, involve gray areas raising questions as to whether coverage is invoked. This is particularly true in scenarios where the injured worker played a role in inciting, participating in or provoking the violence.

No cookie-cutter approach should be utilized in the investigation and adjustment of these losses, as they oftentimes involve complex fact patterns.

A thorough analysis should be conducted when workplace violence claims are reported so as to mitigate the risk of dreaded statutory or common law bad faith actions, amongst other concerns.

There is plenty of room for plaintiff’s counsel to assert a rejected occupational violence-related workers compensation claim was wrongfully denied by the insurer.

Workplace violence manifests in a broad range of activities beyond the deadly highly publicized active shooter episodes some automatically think of while considering this topic. Unwanted physical contact is not necessary to make a showing that workplace violence has occurred.

For instance, the National Institute of Safety and Health (NIOSH), an agency of the Centers for Disease Control and Prevention, states that:

Workplace violence ranges from offensive or threatening language to homicide. NIOSH defines workplace violence as violent acts (including physical assaults and threats of assaults) directed toward persons at work or on duty.

According to the Occupational Safety and Health Administration (OSHA) an agency of the United States Department of Labor:

Workplace violence is any act or threat of physical violence, harassment, intimidation, or other threatening disruptive behavior that occurs at the work site. It ranges from threats and verbal abuse to physical assaults and even homicide…however it manifests itself, workplace violence is a growing concern for employers and employees nationwide.

Determinations surrounding whether workers compensation provides indemnification for workplace violence is similar to inquiries involving any other type of insurance coverage.

As always, the analysis begins with the language of the operative insurance contract, bearing in mind that per well-settled principles of insurance law, disagreements over “ambiguities” in the policy will typically be rendered in favor of coverage.

This insurance does not cover:

Turning to the “Definitions” section of the policy, the following is stated:

Accordingly, inquiry into the laws of the jurisdiction where the loss occurred must also be considered before any final coverage decision is rendered.

The States Weigh In.

California has responded to the “growing concern” that is workplace violence by enacting a law authorizing employers to obtain injunctions to protect their employees from harm.

Any employer, whose employee has suffered unlawful violence or a credible threat of violence from any individual, that can reasonably be construed to be carried out or to have been carried out at the workplace, may seek a temporary restraining order and an order after hearing on behalf of the employee and, at the discretion of the court, any number of other employees at the workplace, and, if appropriate, other employees at other workplaces of the employer.

Per California’s Labor Code, Chapter One, § 3208.1, an occupational injury may take one of two forms:

Injuries suffered by a California-based employee arising from violence could meet either category, depending on the severity of the episode.

By way of example, a “specific” injury might occur if the injured worker, a cashier, was assaulted during an armed robbery of a retail store. Conversely, a tenured law enforcement officer who has been shot at repeatedly over time could possibly be deemed to have sustained “cumulative” injuries.

…mental or physical harm to an employee caused by accident or disease, and also means damage to or destruction of artificial members, dental appliances, teeth, hearing aids and eyeglasses, but, in the case of hearing aids or eyeglasses, only if such damage or destruction resulted from accident which also caused personal injury entitling the employee to compensation therefor either for disability or treatment.

Consequently, in Wisconsin, a denied claim for post-traumatic stress disorder associated with a workplace violence episode could result in bad faith damages.

What if the employee succumbs to injuries arising from violence sometime after the event giving rise to those injuries occurred?

Unfortunately, data from the Bureau of Labor Statistics (BLS) demonstrates that occupational deaths are on the rise. According to BLS, a total of 5,333 fatal work injuries were recorded in 2019, representing a 2% increase from the 5,250 reported in 2018.

It should also be noted certain jurisdictions provide for alternative dispute resolution concerning workers compensation as a way to keep these claims out of litigation.

The Commonwealth of Massachusetts, for instance, offers a proceeding call a “Conciliation,” an informal meeting between the insurer and the employee or the employee’s attorney. The employer typically does not attend Conciliation unless the claim involves “Willful Misconduct of Employer” per § 28. In such cases, the employer is required to attend.

OSHA estimates that at least 2,000,000 workers are victims of workplace violence each year. This equates to the approximate population of the entire state of New Mexico.

The underreporting problem could be attributed to the fact that employers may not wish to see their “100 days without a recordable accident” winning streak broken by a workplace violence-related claim, or employees may not know where to report their safety concerns to, or they may hope that matters deescalate and try to deal with it themselves.

Whatever the underlying cause is, the time for the insurer to learn that a workplace violence claim is covered should never be when the matter is in litigation.

Investigation into the facts underlying the claim should be focused on such matters as whether there were prior interactions between the parties, and if so what did the employer do (or not do) to address this past conduct. Any injunction involving a party associated with the loss should be a red flag for the carrier.

Additionally, a disagreement between the employer and the carrier may arise over how the facts at issue in the violence giving rise to the claim are evaluated.

For instance: The application of an employer’s “zero tolerance policy” governing workplace violence might result in two workers involved in an on-the-job physical altercation being automatically subjected to the same level of discipline up to and including termination, irrespective of who initiated the brawl.

The lines are not always so clear where insurance coverage is concerned, particularly for injuries sustained by the worker who struck the second blow.

Here, the claims examiner’s focus should be on whether “Joe” truly participated in the brawl of his own free will or was he protecting himself from further injury after being attacked by an out-of-control colleague? “Joe’s” attorney could make the argument that if Joe were assaulted on the street, he would have the right to defend himself, so why should he be denied workers compensation for taking the same action in the workplace?

Attention should also be directed toward uncovering any compliancy toward workplace violence on the employer’s part.

The employer might look the other way regarding occupational violence, especially when verbal abuse or threats directed toward workers have not crossed the threshold into the arena of physical violence. Such situations might arise when the abuser is a client or customer who does a lot of business with the employer, and that insured wants this beneficial financial relationship to continue.

Attention should be focused on actions the employer has taken to proactively mitigate the risk of workplace violence through not just instituting, but also enforcing effective violence prevention policies.

The best workplace violence prevention standard is essentially worthless if the employer does not uniformly and equitably apply it across the board. Differing levels of treatment for “favored” employees vs. the rest of the workforce can lead some to become disgruntled, which is the starting point for workplace violence. 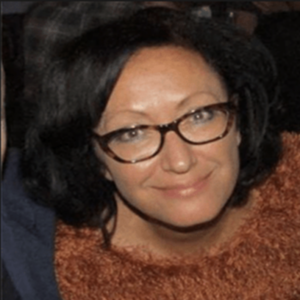 Kathleen M. Bonczyk, M.B.A., Esq. is licensed to practice law in the states of Florida and New Jersey. She received her J.D. degree from Nova Southeastern University and her M.B.A. from Florida Atlantic University. A former human resources executive, Bonczyk’s focus has been on employment and insurance law during her legal career. Bonczyk possesses six years of combined experience defending insurers in first-party breach of contract, declaratory judgment, and bad faith actions, including as an in-house counsel for a major Florida-based private insurer. For the past four years, she has represented insureds in these causes of action. Similarly, Bonczyk has represented employers and employees/applicants in various employment-related litigation over the years. Bonczyk is the founder of the Workplace Violence Prevention Institute (WVPI), whose mission is to conduct research and recommend proactive strategies designed to prevent violence from erupting in the workplace, in schools, and other locations where Americans gather. The WVPI has conducted live seminars in Florida, Colorado, Texas and New Jersey, and has offered virtual content globally. Bonczyk has been published in Claims Magazine, Property Casualty 360, PLRB, DRI, the Florida Bar employment newsletter, The Threat Lab, Defense Personnel and Security Research Center. and has been sought out for her expertise by CNN, NPR, BNI, Lorman Educational Services, SHRM, the Orlando Sentinel, the Orange County Sheriff’s Department, and other organizations. Bonczyk may be reached at info@workplaceviolencepreventioninstitute.org or through the WVPI’s website at www.workplaceviolencepreventioninstitute.org