The board of directors for LWCC, a provider of competitive workers’ compensation insurance to Louisiana employers, has declared a 2017 dividend of $81 million to its policyholders.

The amount was distributed to policyholders in April and May, bringing the total dividend over the past 15 years to more than $660 million.

“It is our hope that these dividends can be reinvested by employers to further safety measures for their employees—from preventing on-the-job injury and illness to giving injured workers the best opportunity to return to work,” LWCC President and CEO Kristin W. Wall said in a statement. 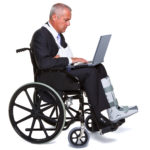 Louisiana’s rate of non-fatal accidents and injuries has continually over the past 15 years decreased and remains among the lowest rates in the nation when compared to the national averages compiled since 2007, according to LWCC. This safety ranking is a result of an unwavering focus on accident prevention by Louisiana’s employers, workers and independent agents across the state, LWCC stated.

LWCC, headquartered in Baton Rouge, is a private, nonprofit mutual insurance company employs more than 240 people and serves more than 20,000 policyholders in the state.