Are a plaintiff’s damages in a legal malpractice case limited to the amount they could have collected in a judgement in the underlying lawsuit that an attorney was found to have mishandled?

The Louisiana Supreme Court has said ‘no’ in a case involving a woman’s malpractice suit against her attorney who failed to file in a timely manner his client’s petition for damages following an auto accident in which the client was injured.

In Elaine Ewing vs. Westport Insurance Corporation, Et Al., the court was asked to “determine whether ‘collectibility’ is a relevant consideration in a legal malpractice action,” Chief Justice Bernette J. Johnson explained in an opinion issued Nov. 19.

According to Johnson’ summarization of the underlying case, Elaine Ewing had hired attorney Chuck Granger to represent her after she was injured in an automobile accident on April 9, 2015. On April 4, 2016, Granger filed a petition with the court for damages on Ewing’s behalf but failed to forward the petition for damages within the seven days the law requires. The petition was finally forwarded on “April 22, 2016, after the one-year prescriptive period had passed,” the opinion states. Ewing’s auto accident suit was subsequently dismissed; she then filed a legal malpractice action against Granger and his insurer, Westport Insurance Corp.

‘A legal malpractice claim in Louisiana is a negligence claim.’

Westport and Granger filed a “motion for partial summary judgment asserting the court should apply the ‘collectibility rule,'” alleging Ewing could not recover a greater amount “than her potential recovery in the underlying personal injury lawsuit.” It asserted that recovery against Granger should be capped at the policy limit for the defendant in Ewing’s auto injury suit. That amount was $30,000. It was also stipulated that the financial condition of the defendant in the auto accident suit was such that he would have been unable pay an amount in excess of the $30,000.

The Westport and Granger acknowledged the attorney/client relationship between Ewing and Granger and that Granger had breached the standard of care. The trial court granted a summary judgement and awarded Ewing a damage amount of $30,000. The trial court concluded that it had been proven that Ewing sustained at least that amount of damage as a result of the accident. It did not determine the amount of actual damages, finding the “issue moot due to the grant of summary judgment in favor of the defendants on the issue of collectability,” the Supreme Court’s opinion states.

The appeals court reversed, citing the Louisiana Supreme Court’s ruling “in Rodriguez v. Traylor, 468 So. 2d 1186, 1188 (La.1985) (holding ‘the wealth or poverty of a party to a lawsuit is not a proper consideration in the determination of compensatory damages.’)”

The Supreme Court noted that the justification put forward for the “collectibility rule” is that the negligence of the attorney did not cause the client any more damage than the client would have been able to collect in the underlying action. 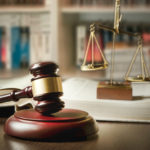 “The primary rationale is the perceived inequity if the plaintiff is able to obtain a judgment against the attorney that is greater than the judgment the plaintiff could have collected from the underlying tortfeasor,” the opinion states.

The court’s opinion discusses numerous decisions made by other courts regarding collectibility. However, after a “review of the law and consideration of the parties’ arguments” and “based on Louisiana jurisprudence and public policy, and considering the lack of relevant statutory authority, we hold the collectibility rule is not applicable in legal malpractice cases,” Johnson wrote.

“To establish a claim for legal malpractice, a plaintiff must prove: 1) the existence of an attorney-client relationship; 2) negligent representation by the attorney; and 3) loss caused by that negligence,” according to the Supreme Court’s majority opinion.

Therefore, the court said, “Ms. Ewing was only required to prove she had an attorney-client relationship with Mr. Granger; that Mr. Granger’s representation was negligent; and that Mr. Granger’s negligence caused her some loss. The parties stipulated the first two elements were satisfied. Furthermore, Ms. Ewing satisfied her burden regarding the third element.”

The majority found no basis to require a legal malpractice plaintiff to prove “she would have successfully been able to execute on the judgment in the underlying case or that the judgment was collectible.”

Two justices dissented — Justice William J. Crain and Justice James T. Genovese. Crain noted in his dissenting opinion, to which Crain concurred, that 30 “states have determined collectibility is relevant in a legal malpractice action. No state has reached a contrary conclusion, until now.”

In a legal malpractice action, a third party, not the attorney being sued, caused the “original harm or damage to the plaintiff,” Crain wrote. “It is patently inequitable to allow the plaintiff to obtain a greater recovery against his attorney than he could have recovered against the third party defendant who caused the plaintiff’s injuries.”