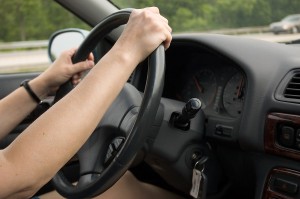 Florida’s highest court has upheld the so-called “household exclusion” clause in automobile policies that states the injuries suffered by family members residing with an insured driver are not covered under the policy.

The Florida Supreme Court in the case of State Farm Insurance Co. v. Gilda Menendez reversed a Third District Court of Appeals, which ruled that the household exclusion as currently written is ambiguous and therefore should be interpreted in favor of the insured.

In the wake of the accident, Menendez filed suit against State Farm, the granddaughter and her parents seeking a determination whether her policy covered the injuries suffered by the family.

The household exclusion clause states that there is no coverage for “any bodily injured” to “any insured or any member of an insured’s family residing in the insured’s household.”

In response, Menendez and the Llanes said that the exclusion clause as written is ambiguous since it didn’t define who constituted the “insured” driver. They argued that since Menendez was the named insured on the policy, the household exclusion would only apply to relatives living with her. Under that interpretation, since the granddaughter and her parents resided at a different address, the household exclusion didn’t apply and therefore their injuries should be covered.

The Third District Court of Appeals agreed that the household exclusion was ambiguous since it could be reasonably interpreted both ways. The court then followed a judicial rule that states ambiguous policy provision must be interpreted in the favor of the insured and ruled against State Farm.

When the case appeared before the Supreme Court, State Farm and Menendez agreed that the granddaughter was a permissive driver under the policy, which defined “insured” as both “named insured” and any other person using the car “within the scope of consent.” Therefore, the insurer was liable for her injuries and any legal action taken against her.

The high court, however, declared that household exclusion was not ambiguous based on the policy.

The court ruled that the policy clearly had different definitions for the “named insured” as opposed to an “insured.” And even though the exclusion refers to an “insured” it clearly refers to the name insured and any permissive drivers.

“Both the broader context of policy’s defined terms and the immediate context of the policy exclusion provision point unambiguously to the conclusion that the household exclusion is applicable here,” the court stated.

As a result, the court found the policy only extended to Menendez and her granddaughter and excluded the parents.