Florida is famous for its catastrophic hurricanes, however, we also have our fair share of daily claims such as fire, vandalism and water losses. Florida is now becoming known for what is referred to as the “Assignment of Benefit (AOB) crisis.”

AOB’s are typically a tool used by water dryout and remediation companies. These entities are not licensed or regulated so the State has a hard time cracking down on any reports of perceived fraud and abuse. Everyone has been calling for a legislative fix that would not create unnecessary burdens for policyholders with legitimate claims. Florida has been attempting, unsuccessfully, to get that “fix” passed for nearly five years and there appears to be no end in sight.

In the Summer of 2016, Florida’s Insurance Consumer Advocate, Sha’Ron James, held a public forum with interested stakeholders in an attempt to find solutions. Everyone agreed on five key points that would go a long way toward solving the problem:

Everyone agreed with these common sense fixes but when it came time to bring these solutions to lawmakers, the insurance industry consistently attempted to add additional anti-consumer language to proposed bills. This caused unnecessary disputes that resulted in another failure to pass meaningful legislation this year. Meanwhile rates continue to increase while coverage decreases and Floridians are paying the price.

Last month, Citizens Property Insurance Board of Governors, citing AOB abuse as the reason, approved a form change to their policies that restricts coverage for policyholders who have a non-weather related water loss. If approved by the Florida Office of Insurance Regulation this change would allow Citizens to place an artificially low cap of $10,000 on water losses, unless the policyholder agrees to allow Citizens to use their own contractors to make repairs. It’s a classic bait and switch. Policyholders will think they have purchased conventional homeowners insurance but will learn the truth only when they suffer a water loss.

The traditional concept of indemnity for Citizens policyholders would no longer exist if this measure is approved by OIR. Policyholders would no longer have a say in what repairs are being made in their own homes nor in who is doing those repairs. If a policyholder decides they feel more comfortable using their own trusted contractor, Citizens will penalize them with an artificially low coverage limit that they were not expecting.

Citizens CEO Barry Gilway confirmed in a recent letter published in the South Florida Sun-Sentinel that this policy change would leave 25 percent of Citizens policyholders inadequately covered. Surprisingly, Gilway was also quoted as saying that these changes will “in no way fix the assignment of benefits cost-driver that must be addressed by statute.”

Why then would it be good public policy for Citizens to request these additional burdens and limitations on policyholders with legitimate claims?

Citizens has referred to their proposed managed repair program on these water losses as “voluntary.”

If Citizens truly wants to make their program voluntary they should not be restricting coverage that their policyholders have paid for simply because the policyholder wants to choose who is going to repair their home. Sadly, if this flawed policy change is approved, Citizens policyholders won’t know they’ve been led down the primrose path until it’s too late.

4 Things Small Businesses Can Do to Protect Against Cyberattacks

Claims Frequency Up for 2021, but Workers’ Comp Profitability ‘Unprecedented’ 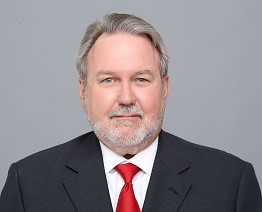 Don Phillips, president of the Florida Association of Public Insurance Adjusters, has more than 40 years of experience as an insurance claim professional. Phillips has served policyholders as a licensed public adjuster for 16 years and before that, worked as a staff claims manager and then an owner of a regional adjusting company. He is a past president of the Florida Association of Independent Adjusters and a guest lecturer for the Florida Advisory Committee on Arson Prevention. Phillips graduated from the University of Florida and completed the Vale Technical Institute Building Estimatics Course. He is also a court approved expert witness. He can be reached at 954-942-0201 at or by e-mail at ccadon1@aol.com. For more information on FAPIA, visit www.fapia.net.