The Florida Office of Insurance Regulation is monitoring the state’s property insurance situation that is seen as in a crisis by those in the industry.

The regulator said the insurance market has been buffeted by multiple hurricanes in the last several storm seasons, as well as by other market challenges like assignment of benefits (AOB) abuse, that “have led to high loss reserve development, increased litigation, and increased cost of catastrophe reinsurance.”

As a result, Florida carriers are recording unprecedented losses and responding with drastic rate increases and a major pullback in capacity.

“Unfortunately, these developments have presented challenges not only to our property industry, but also to our consumers,” OIR stated.

This is the second article in a two-part series examining the Florida insurance market: Read Part One: Florida Property Insurance Market Inches Closer to Crisis – Part 1

Additionally, OIR is currently performing an analysis of insurer holding company affiliates. In July, it sent a letter to 60 companies it regulates requesting information of the companies that is “intended to best inform the Office how the underwriting results of your company may be improved,” the letter stated.

When asked why OIR requested this info at this time, the regulator told Insurance Journal the analysis is a targeted examination of insurers to evaluate their MGAs and other affiliates within the holding company system as a “supplement to OIR’s ongoing activities throughout the year.”

The analysis “was conducted as one of the ways in which OIR closely and consistently monitors the financial condition and operational results of insurers doing business in Florida, including domestic property insurers,” OIR said.

The letter sent to companies asked that they identify all loans that are a source of capital and the party obligated for repayment of the loans; information regarding the payment of expenses, debt service and profitability of the affiliates; the name of each affiliate for 2017, 2018 and 2019, which is the result of the services provided to an entity or entities other than the company; and a description of services, office space or operational assistance provided by the company to each affiliate for which no fees are charged or such fees are below the market rate.

Company responses to OIR regarding the request are confidential and exempt from disclosure, the office said.

“OIR’s main focus is to foster a stable and competitive insurance market and engage in regulatory activities to protect consumers,” the regulator said. 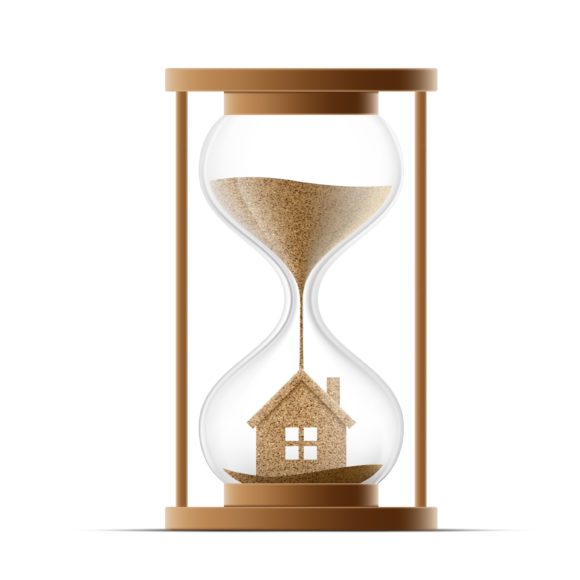 The industry says the only way to stem the tide of rising litigation and rates is to enact legislation that addresses the market’s cost drivers. Some ideas that have been floated include shortening the timeframe for filing initial hurricane loss claims from three years to two – as is the case with sinkhole damage – and eliminating the contingency fee multiplier on property lawsuits.

“We think it’s entirely inappropriate to provide a [fee] multiplier to an attorney who represents a homeowner on a typical property claim,” said Michael Carlson, president of the Personal Insurance Federation of Florida.

Carlson said stakeholders are looking at something similar to a law passed in Texas in 2017 to address hailstorm lawsuit abuse. That law limits liability for insurance companies following storm damage by requiring notice before a suit can be filed to allow the insurer to address any outstanding claim issues. Attorney fees may not be awarded if the court finds the insurer was entitled to but not provided with pre-suit notice. It also cuts penalties for insurers sued for offering too little money on storm claims, including wind and hail damage, while making it harder for those suing to collect attorneys’ fees.

“If we just introduce some of the same statutory standards recently introduced in Texas, you can get control of some of this litigation,” said Citizens President & CEO Barry Gilway said at the recent Coldony Fass/Aon Florida Insurance Summit.

Florida State Senator Jeff Brandes said he’s working with a variety of stakeholders with a goal of putting “Florida on a sustainable path.”

“We’re going to be sponsoring legislation, supporting legislation and advocating for a sustainable path that protects both the consumer and ensures that we can move away from these radical rate increases that are really ultimately the Achilles heel of the Florida real estate market,” he said, noting that if the problems are left unchecked they will eventually take a toll on the state’s housing market.

Further, Brandes has requested that the Office of Program Policy Analysis and Government Accountability (OPPAGA), the research arm of the Florida Legislature, work with the Banking and Insurance Committee and Criminal Justice Committee to analyze whether the Department of Financial Services Division of Investigative and Forensic Services and local prosecutors are effectively dealing with homeowners insurance fraud and auto insurance fraud in Florida.

“I am committed to and am in the process of analyzing the adverse factors affecting Florida’s insurance market and their impact on consumers. I am working to develop and propose actionable resolutions for consideration,” she said.

Brandes doesn’t think his colleagues are following recent headlines around lawsuit abuse, including the suspension of Scot Strems, an attorney who with his firm has filed thousands of lawsuits against insurers. But he said once lawmakers are back in session they can “begin to explore some of these issues and talk about the abuses that have occurred.”

Carlson expects an uphill battle to get any property reforms passed in the next session, particularly after the industry fought so hard for AOB reform. Still, he is optimistic there will be some changes, though it will be incumbent on the industry to show data and litigation trends to the legislature.

“We do a pretty good job, but we don’t do a tremendous job of that and that’s our burden to bear. We need to do better at it,” he said. “We have to take responsibility for gathering info and giving it to the legislature and I think we will with the help of Citizens and others … and hopefully find a solution.”

What Agents Can Do

Agents should be part of reaching a solution, Brandes said, and it starts by them reaching out to their local legislators and explaining the issues in the market, what it means for their customers, and demanding action.

“They need to be telling the story of what they’re seeing in the marketplace. They need to be pounding on the desk of their local state reps and local state senators saying, ‘This is unsustainable. This is destroying the marketplace,'” he said. “The legislature reacts to people meeting with them and explaining to them the severity of the situation. But if legislators don’t hear from anybody, they think everything’s fine.”

“The stories [agents] are hearing from their customers about having a public adjuster solicit them – those stories need to be shared with the legislature,” Carlson said. “Keep the pressure on and let these elected officials know … It’s not big insurance companies – it’s the small businessmen and women, and of course the consumers paying more out of pocket for insurance.”

Florida Association of Insurance Agents President & CEO Kyle Ulrich said agents are having tough conversations with their customers as they try to explain why rates are going up or why their policies are getting non-renewed and find replacement coverage. Sometimes the agents themselves don’t necessarily understand all of the dynamics at work, which makes it difficult for them to educate a consumer.

“That’s a very difficult conversation to have, but consumers need to be aware of the fact that, yes, this is happening and here are some of the overriding reasons why,” he said. “Because the more that consumers start talking to their lawmakers about what’s happening and, frankly, complaining about rates going up, the more pressure there is going to be on members of the legislature to act.”

Ulrich said the consumer education piece is critical and agents who are small business owners working in their communities have a powerful platform to get that message out – both to their customers and lawmakers.

“A lot of lawmakers have an awful lot of respect for what agents do for their communities. And it’s important that agents take the time to talk to lawmakers about what they’re seeing and the impact that it’s having on their customers and, ultimately, legislators’ constituents,” he said.

“It’s not big insurance companies – it’s the small businessmen and women, and of course the consumers paying more out of pocket for insurance” – Michael Carlson, PIFF

Brandes said more carriers need to open up to the public and put out information about what is happening via rate hearings, as those have helped show there is an actuarial need for the increases.

“In fact, oftentimes the companies are requesting less than what their actuaries tell them they should be requesting,” he said, adding that market availability could get a lot worse. “I won’t be surprised if we lose three or four more companies this year.”