The injured party in an automobile collision cannot double-dip on insurance coverage simply because she calls the payment from the other driver’s policy “punitive damages,” a Georgia appeals court has decided.

“The mere fact that Nay’s limited release included a statement allocating a portion of her $100,000 recovery to punitive damages did not then shift the payment of those punitive damages to Allstate as her UM (uninsured motorist) carrier,” the appeals court’s Fifth Division said in Allstate v. Laura Cochran Nay, an opinion posted Oct. 22. 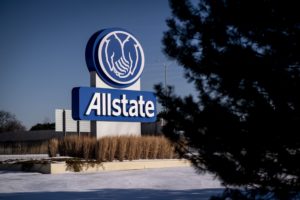 Georgia law requires insurers to offer two types of uninsured motorist coverage. One is known as excess or add-on coverage, which pays over and above what’s recovered from the driver at fault in the accident. In this case, Nay had chosen traditional UM coverage from Allstate, in which the coverage is reduced by the amount of the other driver’s insurance payout, the court explained.

After the accident, in which Nay suffered significant injury, she settled with the alleged drunken driver, Neikirk, and his Mercury Insurance Co., for $100,000. Nay executed a limited release of claim. Recognizing that the payout was the same amount that her Allstate UM coverage would pay, and hoping to win both companies’ payouts, Nay included a statement in the limited release, contending that $1,000 of the Mercury payment was for actual damages and $99,000 was for punitive damages.

Allstate refused to pay the UM claim, citing the traditional type of policy Nay had purchased.

The appeals court said the trial court had erred.

“Because Nay has already recovered the full $100,000 liability limit available under Neikirk’s Mercury policy, there is no difference between that amount and the $100,000 limit of UM coverage under her Allstate policy,” Court of Appeals Judge Christopher McFadden wrote in the opinion. “So there is no UM coverage available to Nay.”

McFadden noted that a 2014 decision by the state Supreme Court held that allocations of portions of insurance payments as punitive damages are “not objectionable.” But such an allocation does not prevent the reduction of the traditional type of UM coverage amount, the judge wrote. By statute, punitive damages cannot be shifted to the uninsured motorist policy carrier.

The appeals court also found against Nay on another point. Her attorney had asked the court to dismiss Allstate’s case because the insurer had used the wrong name in its pleading. Allstate Property and Casualty Insurance Co. is the correct name of the insurer, not Allstate Insurance Co., Nay argued.

The appeals court allowed the misnomer to be corrected.

Attorneys in the case could not be reached for comment Tuesday.