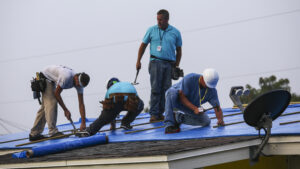 Proving that an insured misrepresented the extent of damage from a storm may have just become a little more complicated for Florida insurance companies.

Florida’s 5th District Court of Appeals last week reversed a trial court’s summary judgment order, which found that a homeowner in Orlando had made false statements about existing roof problems, allowing Security First Insurance Co. to deny coverage. The appellate court remanded the case to the Orange County Circuit Court, noting that the trial judge should have let a jury decide the credibility of the insured’s statements.

“The general rule remains intact: Credibility determinations and weighing the evidence ‘are jury functions, not those of a judge,’ when ruling on a motion for summary judgment,” the DCA wrote, citing 1986 and 2018 federal appeals court decisions.

The case could ultimately end up in the insurer’s favor, after a trial and appeal. But for now, it could put insurers on notice that courts generally “abhor forfeiture of insurance coverage,” as the DCA noted in the Sept. 9 Gracia vs. Security First opinon. Insurers also may need to take extra steps to show a claimant intentionally concealed or misrepresented information, and a carrier probably should think twice before asking a judge to dismiss a suit based on that.

“Yes, it complicates things in that the court commented about how courts are so anti-forfeiture of insurance coverage,” said Michael Packer of Fort Lauderdale, managing attorney and co-chair of the insurance practice group at Marshall Dennehey law firm. “But it also shows that if someone has truly misrepresented, there are ways to demonstrate that.”

The dispute began in 2017, when Mariana Gracia filed a claim for losses due to roof damage after a spring storm. Ormond Beach-based Security First investigated and agreed to pay $11,000 for restoration work. Gracia demanded more, the insurer denied the larger amount, and Gracia filed suit for breach of contract.

The key moment came during a deposition, when Gracia revealed that a home inspection had been done on the property in 2015. When asked about the results, she said that “everything was good,” and “the roof was in good condition.”

Security First obtained the inspection report, which included photographs showing ceiling damage, roof issues and leaks consistent with the damage Gracia had cited in her claim. The insurer then amended its defense of the claim, citing the policy’s concealment and fraud provision that triggered forfeiture of coverage.

Gracia’s attorney argued to the trial court that, despite the inspection report, the damage the homeowner was claiming happened in the 2017 storm, and that the report did not automatically establish that she had intentionally misrepresented the facts.

The trial court sided with Security First on its motion for a summary judgment, declaring that the policy was voided and finding that the homeowner’s explanation was not credible.

The judge relied on Florida’s recently adopted Rules of Civil Procedure, handed down by the state Supreme Court in 2021. The rules appear to allow judges to decide credibility issues when it is obvious that a jury would agree. But the appeal court’s opinion said the trial judge, Kevin Weiss, overstepped and that the credibility decision in most cases should go to a jury.

“Only when the record evidence blatantly contradicts a litigant’s version of the facts will a court be allowed to weigh conflicting evidence or determine the credibility of a witness,” the DCA wrote.

The per curiam opinion also acknowledged that recent decisions by other appeals courts in Florida have questioned the conflicting wording of similar insurance policies, in which one line appears to require the insurer to show intentional misrepresentation, while another line does not.

Florida courts also have held in recent years that the question of intent turns on when the statement is made. If the insured misrepresents during the initial policy application process, “the law in Florida is clear: An insurer can later void a policy based on an insured’s false statement without a showing of intent to mislead.”

But for statements made after a loss, two appeals courts in the last two years have found that insurers must prove intentional fraud to trigger the voiding of the policy. What Security First offered in the Gracia case – Gracia’s short deposition statement about the pre-existing damage – was too vague to establish falsity, 5th DCA Judge Eric Eisnaugle wrote in a concurring opinion.

Security First officials and its attorney in the appeal, Angela Flowers, could not be reached for comment. And the court opinion did not address one practical matter: Whether a four-point inspection, now required by more and more Florida insurers when writing new policies, would have uncovered the existing damage and why Security First did not ask for one.

Packer, the insurance defense attorney who is not associated with the Gracia case, said that it may be impractical, time-consuming and expensive for insurers to require the inspections on all properties. Inspection reports also can differ greatly, depending on the inspector.

Packer said the appellate court’s opinion offers other guideposts for insurers: Future HO policies could include language to the effect that post-loss misrepresentations need not be intentional to trigger cancelation of the policy. And, he added, carriers’ attorneys should be prepared to ask more questions in deposition, especially if the insured reveals that a previous inspection had been done, in order to nail down misrepresentation and intent.

The homeowner’s appeals lawyer in the case, Melissa Giasi, could not be reached. But attorneys for policyholders have said that insurers are often too quick to argue misrepresentation or fraud by the insured and this decision could help put up some guardrails.