The 2012 workers’ compensation regulatory changes in California are expected to affect both the prices and utilization of medical care to injured workers by most types of providers, according to a study by the Workers Compensation Research Institute.

The WCRI study provides a baseline for monitoring the impact of the 2012 reforms in California’s Senate Bill 863.

This study focuses on how California compared with other study states prior to the SB 863 reform law, a deal hammered out between labor and major employers, pushed through at the last hour of Legislature last year and then signed by the governor. 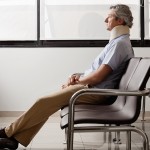 Medical payments per claim in the state were fairly typical, masking several offsetting factors. Prices paid were lower than in the typical study state, while utilization of nonhospital services was higher. Hospital outpatient/ambulatory surgical center costs in California were lower than in many study states. There was also more frequent use of chiropractic care and services from physical therapists, according to the study.

The WCRI study said the costs of medical care for injured workers in California grew rapidly from 2005 to 2010. This growth followed a decrease of more than 30 percent from 2002 to 2004 due to the previous round of regulatory changes in the California workers’ comp system, according to the study.

The report said the growth in utilization of nonhospital care and hospital outpatient and/or ambulatory surgical center costs may reflect the combined impact of changes in regulation and participant behaviors.