Sherwin-Williams Co., NL Industries Inc. and ConAgra Grocery Products LLC were ordered by a judge to pay $1.15 billion to replace or contain lead paint in millions of homes after losing a public-nuisance lawsuit brought by 10 California cities and counties.

“The takeaway is that he’s affirmed his tentative and made it even stronger,” Nancy Fineman, a lawyer representing the cities and counties, said in a phone interview yesterday. The larger sum is due to changes in how Kleinberg rounded certain costs of the remediation, Fineman said, adding that the judge “didn’t change his approach at all.”

Bonnie J. Campbell, a spokeswoman for the paint manufacturers, declined to immediately comment on the final order. 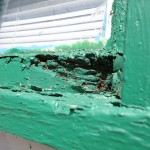 Kleinberg on Dec. 16 tentatively ruled against the companies after a non-jury trial that lasted about five weeks. Two other defendants, Atlantic Richfield Co., a Los Angeles- based unit of BP Plc, and Wilmington, Delaware-based DuPont Co., won dismissal of the claims against them.

The local governments that sued, including Los Angeles County and the cities of San Diego and San Francisco, broke the companies’ streak of victories in similar suits in seven other states. Los Angeles County will get $632.5 million for lead abatement in the final ruling, an increase of $27.5 million from Kleinberg’s tentative decision.