A new method of paying medical fees for injured workers under Alaska’s workers’ compensation program won’t be in place until mid-2015, and it will take more time for insurance companies to judge any effects on lowering costs so that adjustments can be made in premiums paid by employers.

That’s the word from state officials in charge of implementing House Bill 316, a bill passed by the Legislature in April changing the way medical care is paid for under workers’ compensation.

Assuming Parnell approves the measure, the next step will be to reactivate the Medical Rate Advisory Committee, an advisory group to the state Workers’ Compensation Board that has been inactive in recent years, Monagle said.

Under HB 316, the committee will devise the new procedure for paying medical costs and then update it yearly, he said. Recommendations will be made to Dianne Blumer, state commissioner of Labor and Workforce Development, and would be adopted by the state Workers’ Compensation Board. 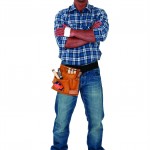 The current procedure is for medical providers to be paid at the 90th percentile of fees considered “usual, customary and reasonable” for certain procedures. Those will be changed to a system based on Medicaid and Medicare rates for the procedures that are adjusted with a “conversion factor” for local conditions.

Rep. Kurt Olson, R-Soldotna, prime sponsor of HB 316, said the 90th percentile system tended to drive up overall medical costs by setting rates near those charged by the most expensive health care providers.

The Alaska Medicaid and Medicare rates already have a geographic differential, Monagle said, but the medical review committee will derive the conversion factors to make additional adjustments.

“There are some providers who are worried that the new system will be used to drive down rates to near those of Medicare, at which point many would be unable to serve injured workers. The sponsor (Olson) told them that isn’t the intent,” Monagle said.

“On the flip side of this, we all know of cases where certain specialty procedures in Alaska are priced several times the levels of other states with no apparent relation to actual cost,” he said.

In studies of Alaska’s health care market, the Alaska Health Care Commission has blamed large differences in price to lack of competition for certain specialized services in the state.

The expectation is that the system will reduce high medical costs of the current system which given Alaska the highest workers’ compensation insurance premiums in the nation despite a workplace safety record that seems to be getting better every year, Monagle said.

State law requires employers to carry insurance to pay for medical costs and in some cases lost time for employees injured on the job. In 2013 there were 19,000 workplace injuries, some minor and some major, in Alaska, Monagle said.

There are questions in the medical community as to how the new system will actually work. The Medical Services Review Committee will have to grapple with developing Alaska-specific conversion factors after the committee is reactivated, Monagle said.

The goal is to have a proposed new system by the end of the year, after which regulations will have to be developed, published and public hearings held. All that will take time, which means it’s likely the new system won’t be fully up and running until the middle of next year.

Monagle said the first task is to review who is now on the committee, which hasn’t met since 2009. Blumer, the state labor commissioner, may want to make changes in the committee’s membership. People serving on the committee will also be asked if they want to continue in its new, more active role, Monagle said.

The from 2005 to 2009 the review committee worked with a legislative task force on workers’ compensation on ideas of changing the medical fee structure but ultimately no change was made. The current 90th percentile system has been in place for years, Monagle said.

Workers’ compensation medical costs in Alaska are increasing at about 10 percent per year compared with an annual inflation of 4 percent in the medical cost component of the Anchorage Cost of Living, Monagle said.

Anna Latham, a legislative aide to Olson, said, “Medical costs constitute 76 percent of workers’ compensation claims in Alaska, which has a serious impact on premium rates paid by all Alaska employers.”

“The result is that Alaska has the highest workers’ compensation premiums in the nation. Medical costs under the program are continuing to rise despite a 14 percent decline in claims by injured workers,” due partly to employers’ workplace safety improvements, Latham told the House Labor and Commerce Committee in hearings on HB 316 held last spring.