Nearly 49,000 Nevada residents have taken written tests since January to obtain state driver authorization cards, and just under 16,400 people have gotten the documents as of June 11, state Department of Motor Vehicles officials said.

The cards are available under a new law that made Nevada the 11th state to offer driving privileges to people in the country illegally. Backers say the cards allow immigrants to take a driving test, get insurance and drive legally.

Almost 6,700 people have been given authorization card instruction permits, putting the number of people eligible to drive with motorist privilege cards at just over 23,000, according to DMV figures.

Motor vehicle bureau spokesmen David Fierro in Carson City and Kevin Malone in Las Vegas said six-month figures were still being tallied. But they said the application response has been heavy – mostly from international immigrants who aren’t eligible for a regular driver’s license and to people transferring driver privilege cards from other states. 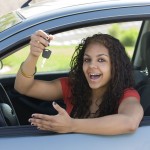 Some state officials have projected that 60,000 people could be eligible to apply for the Nevada cards. The state has more than 2.75 million residents.

Malone said that an initial rush of applications had subsided.

State Sen. Mo Denis, D-Las Vegas, co-sponsor of a law passed last year and signed by Republican Gov. Brian Sandoval, has said the goal of the program was to make Nevada roads safer.

Program fees of $22.25, plus $25 for a driver’s test, are expected to cover costs. Cards must be renewed annually.

Fierro said officials were working with advocacy groups to stem instances of applicants being gouged for fees by people translating official documents from foreign countries using other languages into English.