The Montana Supreme Court heard arguments Friday in an appeal of a case that could determine whether the state’s $10 million cap on jury awards for punitive damages will stand.

The Bozeman Daily Chronicle reported attorneys debated before the court in Big Sky about whether the cap is constitutional. They made arguments during the appeal of a $52 million verdict awarded to an office supply company.

In the case, Comerica Bank is appealing a verdict that it was in breach of contract in a dispute with Masters Group International, a company that had planned to build an office-supply distribution center in Butte.

Punitive damages are awarded by a judge or jury to set an example and punish a defendant. 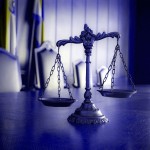 Chief Deputy Montana Attorney General Mark Mattioli said the cap should remain in effect at least in part because it allows defendants to know the maximum punishment they could suffer if they engage in certain conduct.

“Companies are sensitive to publicity and the bottom line,” Mattioli said. Damages of up to $10 million “will warn a defendant and others not to engage in that conduct.”

Wade Taleff, attorney for Masters Group International, argued against the cap, saying it sets an arbitrary limit that has no justification.

The appeal contains other elements besides the constitutionality of the punitive-damages cap, so the court may not have to rule on the awards cap in this case if the court rules for Comerica in those other parts of the appeal, said Comerica attorney James Goetz of Bozeman.

The case is one of two that could determine whether the cap on jury awards for punitive damages will hold up. Two district judges have now ruled the limits unconstitutional. If the high court upholds those rulings, the effect could be an increase in jury awards in lawsuits across the state.

The other is a case in Polson in which a Montana judge ruled the cap unconstitutional in awarding $73 million in punitive damages against Hyundai for a 2011 crash that killed two Missoula teenagers. Goetz also is an attorney in that lawsuit. He said the cap is likely to come up in that case, if not this one.

Comerica gave Masters Group a $9.5 million line of credit in 2006 and later lent it another $1 million before the bank reneged on an agreement and liquidated Masters Group’s assets, the company said.

The facility planned for Butte was ultimately built in Reno, Nevada. That prompted the Butte Local Development Corp. to sue Masters Group in 2011.

After that, Masters accused Comerica of breach of contract and several other charges.

The three-way case went to trial in Butte, and the jury awarded the development corporation $275,251 from Masters Group, plus $52 million awarded to Masters Group from Comerica.

No decision was made Friday, and justices say they will rule on the case at a later date.