Opponents of Proposition 45 on the upcoming California ballot like to draw a comparison with Proposition 103, the state’s primary auto insurance law.

So do its backers.

Prop. 45 seems to have slipped in the polls. A Field Poll in September shows the rate-regulation initiative is still out in front with 41 percent surveyed indicating support versus 26 percent in opposition and many remaining undecided.

The massive proportion of undecided voters is why Prop. 45 isn’t polling as well, say its backers, who argue that it’s still early and many people had not yet heard of the measure, “or are aware there’s even an election coming up.”

With about a month to go expect anyone who watches television, listens to radio or who passes a billboard on the street to be made aware of the proposition as millions of dollars are spent by both sides to get out their message. Also expect Prop. 103 to be thrown into the mix – a lot. 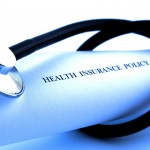 No on Prop 45’s chief spokeswoman has several times compared the initiative – known as the Insurance Rate Public Justification and Accountability Act – to Prop. 103 while highlighting why voters should oppose the measure.

Like Prop. 103 passed in 1988, Prop. 45 would require changes to health insurance rates to be approved by the insurance commissioner.

It would also create a requirement for public notice and hearings on any health insurance rate changes and prohibit health, auto and homeowners insurers from determining policy eligibility or rates based on lack of prior coverage or credit history.

“I think what we saw with Prop 103, which this initiative is modeled after, is that the proponents, namely Consumer Watchdog, made millions of dollars off of these intervenor fees,” said Robin Swanson, a campaign spokeswoman.

Under California’s intervenor process consumer groups can intervene in proceedings for insurance rate increases and decreases and charge a fee for doing so.

The process has been scrutinized by some, including in 2012 when then state Senator Juan Vargas, D-San Diego, called on the California Department of Insurance to review the program.

Dating back to the launch of the program with Prop. 103, Santa Monica, Calif.-based Consumer Watchdog has been the most commonly listed intervenor, charging nearly $9 million for their services, according to CDI’s list of intervenors.

“When outside intervenors are allowed to come in and charge $675 an hour, of course that drives up rates,” Swanson said.

The average number of days for a typical intervenor process is 343 days, she said.

The delays created by the intervenor process will create headaches for those dealing with a finite amount of time allotted to enroll in health plans, Swanson added.

“The truth is they don’t want people to know all of the delays that were created by Prop. 103,” she said, referring to those backing the measure.

The measure would also create “huge operational issues” with those working to implement the changes mandated by the Affordable Care Act, Swanson said.

“California is a model for a successful health exchange, and I think this turns back the clock,” she said.

The measure would also give the insurance commissioner sweeping new powers over the healthcare industry and generate a bureaucratic mess, according to opponents of the measure.

Consumer Watchdog spokeswoman Carmen Balber embraced the Prop. 103 comparison, and argued that it and the intervenor program has saved drivers a great deal in auto insurance premiums.

“If you think that the $100 billion in savings for drivers that has been achieved under Prop. 103 since 1988 is a good thing then you vote ‘Yes’ on Prop. 45 to get the same savings for health insurance policyholders,” Balber said.

“Since 2002 Consumer Watchdog’s challenges to excessive have saved policyholders over $3 billion,” Balber added.

According to Balber, that money goes to pay staff attorneys and to outside experts.

Figuring the ratio between what’s spent on intervenor fees and the savings, Balber said:

“For every $100 in savings our attorneys and outside experts have been paid a quarter. That’s a pretty good deal for consumers.”

The supporters of the proposition include Consumer Attorneys for California, the California Nurses Association and U.S. Senators Dianne Feinstein and Barbara Boxer, as well as California Insurance Commissioner Dave Jones.