The California Earthquake Authority, the largest seismic insurer in the U.S., is selling $350 million in bonds to strengthen its ability to pay claims, after the state’s first death due to a quake in 11 years.

The debt, which is federally taxable, is the first offering by the authority since 2006. The agency was created in 1996, two years after the Northridge temblor in metropolitan Los Angeles, which remains the costliest U.S. earthquake to insurers.

The government-managed insurer, based in Sacramento, is working to build credibility with institutional investors to expand its borrowing capacity in the event of another major earthquake, Chief Financial Officer Tim Richison said by telephone.

“What we’re trying to do is establish credit with some of the major players out there,” he said. “We want a track record with investors.” 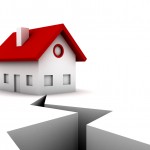 The sale comes two months after a magnitude 6 temblor near Napa killed one person and caused widespread damage in the area. The earthquake agency, which has 850,000 policies or about 75 percent of the market for residential earthquake insurance in the state, received fewer than 500 claims and expects to pay about $1 million, Richison said. It was the first quake to cause a fatality since a 2003 temblor near San Simeon.

California is regularly jolted by seismic events. The 1989 Loma Prieta quake of magnitude 6.9 killed 63 people in the San Francisco Bay area and caused about $6 billion in economic damage and $960 million in insured losses. The 1906 earthquake in San Francisco, magnitude 7.8, killed as many as 5,000 people and set off three days of fires that razed most of the city.

The 6.7-magnitude Northridge earthquake in 1994 killed 60 people and led to $22.9 billion in insured losses, adjusted for inflation, according to estimates from Swiss Re Ltd.

The earthquake authority, with about $10.5 billion available for damage claims, including $4.8 billion in capital and $3.7 billion in reinsurance, could cover policyholders for an earthquake as strong as about 8.2 magnitude in the heart of Los Angeles, Richison said.

The sale includes $40 million maturing in 2016, $60 million due in 2017 and $250 million in 2019. Fitch Ratings gave the bonds an A rating, its sixth-highest, while Moody’s Investors Service assigned the bonds an A3, seventh-highest.

The authority could default on debt in the event of a “massive catastrophe” and its bonds aren’t backed by the state of California, Moody’s said.

Richison said the risk of insolvency is “very, very low.

“If the CEA isn’t around, there’s nowhere else for residents to go for earthquake insurance,” he said.

–With assistance from Laura Davison in New York.