Workers’ compensation indemnity claim frequency in California has continued to rise unlike in most other states, according to the California Workers’ Compensation Insurance Rating Bureau.

The WCIRB recently issued an update to its Analysis of Changes in Indemnity Claim Frequency report, which was originally published in 2012 and last updated in December 2013.

In prior reports, WCIRB researchers explored potential causes for the increases in claim frequency in California that have persisted since 2010 and that differ from the claim frequency experience of other states. 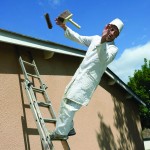 In this latest update, WCIRB researchers studied the influencing factors driving recent claim frequency based on the most up-to-date data available.