A measure to add penalties for habitual drunken drivers has advanced in the state Senate after weeks of delay.

The felony DUI bill would make a fourth DUI a felony punishable by up to six years in prison and a fine of as much as $500,000. The measure passed the Senate Judiciary Committee on Tuesday by a 5-0 vote.

The measure would also increase the amount of time DUI convicts must hold an interlock restricted driver’s license, from one year to two years or up to five years.

Colorado is among five states where drunken drivers face only misdemeanor charges, even after repeated convictions. But bills to increase penalties have stalled in recent years amid concerns about the costs of incarceration and fears that the state wouldn’t offer enough treatment for people with drinking or drug problems. 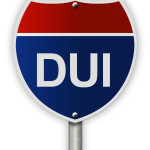 This year’s version has been amended to reduce slightly the state tab for adding the chance of prison time for some DUI convicts. The version approved Tuesday could cost Colorado about $8 million a year by 2018, down from about $13 million, according to state fiscal analysts.

Supporters say the measure now addresses concerns that people will be improperly jailed. For example, the bill now requires judges to determine whether prison is the most appropriate sentence for a habitual DUI offender. Additional options for treatment instead of jail won the support of Sen. Michael Merrifield, D-Colorado Springs.

“I don’t think in Colorado we spend nearly enough on treatment. But that was addressed and the judge has options,” Merrifield said after the vote.

One more committee vote is required before the bill heads to the full Senate. After that, the bill would have to return to the House for lawmakers to negotiate differences before sending a felony DUI bill to Gov. John Hickenlooper.

Hickenlooper mentioned felony DUI penalties in his January address to lawmakers and is expected to support the eventual compromise.