The California Legislature is considering multiple – and conflicting – plans to impose the first major statewide restrictions on medical marijuana dispensaries and growers.

The debate over the billion-dollar industry now regulated largely by local government and has pitted cities and law enforcement agencies against marijuana growers and sellers.

The Los Angeles Times reported Saturday that the move toward state control comes as various proposals are being floated for the ballot next year to legalize recreational use of marijuana. With legalized use being considered in 2016, “we need to have a strong regulatory structure in place before then,” Assemblyman Rob Bonta, D-Alameda, told the newspaper.

California was the first state in 1996 to legalize the sale of marijuana for medical use. More than 1,000 dispensaries operate in California. 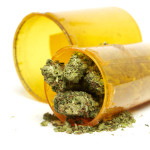 State efforts to regulate the industry have stumbled, in part because the U.S. government has maintained that sales of marijuana violate federal law, and cities and counties have been left with a hodgepodge of regulations.

In much of the state, a lack of regulation has resulted in a “Wild West,” said Assemblyman Ken Cooley, D-Rancho Cordova, who has proposed that the state and cities license dispensaries.

Another proposal would create a new Bureau of Medical Marijuana Regulation to issue conditional licenses to marijuana businesses. Cities and counties would issue final operational licenses and enforce regulations.