Hundreds of Orange County court cases are being scrutinized amid suspicions that someone was paid to fix DUI and other traffic violations by falsifying court records.

The FBI and county prosecutors are investigating, and about 600 Superior Court cases, some dating to 2006, are going before a judge this month to determine whether they should be reheard, the Orange County Register reported.

The probe involves suspicions that some employees recorded fake sentence reductions and dismissals for drunken driving and misdemeanor traffic cases and in at least one case, falsely made it appear a defendant had served jail time, the Register reported.

No arrests have been made. Representatives for the FBI, the court and the county district attorney’s office declined to comment. 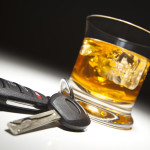 On Friday, 110 attorneys and former criminal defendants were summoned to the courtroom of Judge Thomas Borris and told there were errors in the court records. “You are here to convince me there is not a mistake in your case,” Borris said.

“There has been a clerk somewhere that was entering false information … getting cash in exchange for making stuff disappear,” said Sheny Gutierrez, one of the attorneys who appeared.

Ramon Vasquez said he was given a work program in 2012 after pleading guilty to driving on a suspended license. The judge said the case would be undone unless he produced documents, the Register said.

“I think it’s injustice,” Vasquez said. “If there’s a flaw in the court system, it’s on them, it’s not on us.”

Borris eventually reversed settlements in about a dozen cases. The defendants were given the options of negotiating with a prosecutor or the judge or hiring a private attorney.

Jesus Sanchez, 29, drove from Arizona to appear. His misdemeanor charge of driving on a suspended license was dismissed in 2012. After appearing before the judge, he agreed to plead guilty to the misdemeanor and pay a fine.

FBI agents waited in the hall outside of the courtroom to question defendants and show them mug shots, the Register reported.

The judge also ordered the immediate arrest of Harania Farias, who had said she had served three months in a private jail in La Verne on a 2013 DUI charge. She was taken into custody in court and held without bail, the newspaper reported.

Not only did the private jail confirm Farias never was there, documents showing that she was allowed to serve time there appeared to be forged, and Lolita Kirk, the attorney who supposedly submitted the documents, told the Register she never had represented the woman.