People with disabilities shouldn’t be turned down for homeowners insurance just because they have pit bulls for service dogs, a federal court lawsuit filed in Oregon says.

Undercover testers who told an insurance company they had disabilities and used pit bulls for “assistance animals” couldn’t get a price quote, even for animals a doctor had approved or that had no history of aggression, the lawsuit says.

The lawsuit knits two strands in the stories of Americans and their animals: the long-running scrap over pit bulls and tensions over the evolving, expanding role of service animals.

Pit pulls, and some other breeds, have a reputation for aggressive behavior and sometimes are prohibited or restricted –one website lists 700 cities that do. In response, some states have pre-empted local authority to pass “breed-specific legislation.” The American Society for the Prevention of Cruelty to Animals lists 18 states. 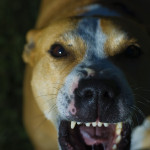 Even the Obama White House has weighed in, issuing a 2013 statement saying research shows breed-specific bans are “largely ineffective and often a waste of public resources.”

In recent years, there has been interest in using dogs from the breeds under the umbrella label “pit bull” for service to disabled people, including training dogs from rescue shelters.

Generally, insurance companies are free in most states not to insure houses with pit bulls. Some don’t, some will, and some charge more. Pit bull advocates have posted lists of companies friendly to the dogs.

Insurers are wary because damage awards for dog attacks “can get very expensive in a hurry,” said Michael Barry, a spokesman for the industry’s Insurance Information Institute.

The lawsuit in federal court in Portland says that when it comes to making accommodations for people with disabilities, the federal Fair Housing Act prohibits providers of housing or housing services such as insurance companies from turning down a request for homeowners insurance based on the breed of a service animal.

Instead, they have to show that the conduct of the specific animal is a threat to humans or property. A homeowner can be turned down “because Spot is a bad dog,” lawyer Dennis Steinman said. “But it has to be based on the particular dog.”

The lawsuit says testers from the Fair Housing Council of Oregon made four unsuccessful calls last year to the insurance company Travelers and to a Portland agency, Lloyd Purdy & Co.

The agency referred questions to Travelers, whose representatives had no comment. The businesses have not made a response in court to the lawsuit, which was filed last month. A trial has not been scheduled.

Steinman said the tester investigation began after the council received complaints. Some, he said, arose at training sessions the council conducted with landlords, who said they had sought to make accommodations but were thwarted by insurance restrictions.

Citing attorney-client privilege, Steinman said he couldn’t say whether other companies were tested or what other action might follow.

Although service animals usually are dogs, the Fair Housing Act doesn’t preclude other animals, according to a 2013 explanation from the U.S. Department of Housing and Urban Development that Steinman cited.

That’s in contrast to the 1990 Americans with Disabilities Act, which covers government buildings and public accommodations such as stores and restaurants. For years after the ADA passed, there were news accounts of exotic animals such as rats or kangaroos that their owners considered service, comfort or emotional support animals. A notable case from Washington state involved a man who wore a boa constrictor about his neck, saying it alerted him to oncoming grand mal seizures.

A third law, the Air Carrier Access Act, spells out rules for the animals that passengers bring aboard airplanes.