An Imperial Beach, Calif. man who was injured when he tripped and fell on trolley tracks is receiving a $21.5 million insurance settlement.

The San Diego Union-Tribune reported that 57-year-old David Long was injured in May 2013 when he stepped off the trolley and tripped over a piece of track where workers had ground down the asphalt. He hit his head on the platform and suffered fractures to vertebrae in his neck and injuries to his spinal cord. His lawyers say the injuries left him quadriplegic.

His lawyer said surveillance video showed as many as 10 people tripping over the exposed track, but Long had the most severe injury. 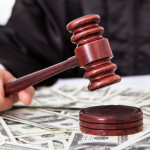 The case settled in late July.