A new study on worker’s compensation across 17 states shows that reforms sometimes work – and such is the case of sweeping reforms made in California, the report shows.

The Workers Compensation Research Institute, an independent, not-for-profit research organization based in Cambridge, Mass, issued a set of studies this week that examine the factors behind trends of medical payments per claim in state workers’ comp systems and the impact of legislative and regulatory changes. 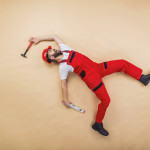 Findings in the report seem to indicate that reforms passed with SB 863 in California in 2012 are working.

Among the many SB 863 reforms were a mandated adoption of a resource-based relative value scale for professional fees, a reduction in ambulatory surgery center fees from 120 percent to 80 percent of Medicare hospital outpatient rates, as well as independent medical review and independent bill review processes.

The Workers’ Compensation Insurance Rating Bureau issued a report in August that shows the lien fee was among elements of SB 863 that have helped to reduce costs within the system.

The fees were intended to reduce the hundreds of thousands of liens filled each year costing the system hundreds-of-millions of dollars, according to the WCIRB.

The Department of Industrial Relations and its Division of Workers’ Compensation released a report in July that detailed increased payments to injured workers and significant cost-saving benefits for employers.

That report also showed lien filings have decreased by roughly 60 percent since the passage of SB 863.

However, not all reports have pointed to falling costs across the board. The WCIRB report in July showed that workers’ comp premiums in California continue to grow at double-digit rates.

The WCRI study out this week on California showed medical payments per claim fell 5 percent in 2013, which the report’s authors say was likely a reflection of the early impact of the SB 863 reforms. That decrease included reduced reimbursement rates for ambulatory surgery centers and elimination of separate reimbursement for implantables.

A key driver of the decrease in the average medical payment per claim in 2013 were ambulatory surgery center facility payments per claim, which fell nearly 24 percent that year, the study states.

Following the transition to the resource-based relative value scale based fee schedule, prices paid for primary care rose in California while the prices paid for specialty care decreased in 2014, the study shows.

“SB 863 is expected to affect both the prices and utilization of medical care for most types of providers,” the report states. “Based on data with six to 15 months of experience post-reform, this report examines some early impact of several SB 863 provisions on a series of performance measures in California, including the average medical payment per claim, ASC facility payments per claim, prices paid for various types of professional services, and billing patterns of office visits and report codes in the state.”

Alex Swedlow, president and chief executive officer of the California Workers’ Compensation Institute, said this study and previous studies have continued to show that the 2012 reforms have been effective so far.

He said it’s too early to know what the impact will be on permanent disability, but the evidence from the reduction in liens, decreasing medical costs, the reduction in ambulatory surgery center costs and back surgeries all point to success so far for the SB 863 reforms.

“Workers’ compensation reform never ends,” Swedlow said. “There’s always modifications and adjustments going on. But right now I think we can feel optimistic that many areas of reform that are targets in SB 863 appear to be working.”