The lien fees were a key part of Senate Bill 863, the workers’ comp reform bill passed in 2012. These liens are filed by medical providers and others who provided services to an injured workers with a pending claim.

The fees were intended to clear up a large backlog of hundreds of thousands of liens, but plaintiffs sued and argued that SB 863 violates the law, including due process and equal protection. 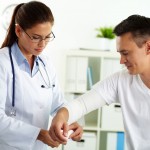 Medical providers’ efforts to overturn the fees were dismissed by a district court, but they argued that the activation fee was unconstitutional and got an injunction from a U.S. District Judge under the equal protection clause.

But the Ninth Circuit vacated that injunction Monday after finding that the Legislature satisfied its rational interest in clearing the backlog by imposing the activation fee on entities it believes are responsible for the backlog while exempting others.

“As to the Equal Protection claim, however, we vacate the preliminary injunction and, through pendent appellate jurisdiction, reverse the district court’s denial of the motion to dismiss this claim,” the court stated in its opinion.

The case pitted a group of medical providers against the California Department of Labor, and Director Christine Baker. The case is Angelotti Chiropractic, Inc V. Christine Baker.