Nevada has created health guidelines for cryotherapy after a Las Vegas spa worker was found dead in a tank that subjects users to subzero temperatures, a treatment that experts say has been growing in popularity but is largely unregulated and whose benefits are not proven.

Dr. Tracey Green, the state’s chief medical officer, said Friday that the guidelines from the state health department recommend that the machines not be used by minors under 18, those under 5 feet tall and anyone with certain health conditions, such as a history of stroke, high blood pressure, seizures and infections, as well as people who are pregnant or have pacemakers or claustrophobia.

Users should only have one session per day for no more than three minutes and have their blood pressure taken before and after.

“When things are available to individuals that don’t have any medical basis, we try to assure that there are safe practices,” Green said, likening it to the generally accepted guidelines for sauna use. “Any time we feel there’s risk, these kinds of guidelines can be developed.”

This comes exactly one month after Chelsea Patricia Ake-Salvacion, 24, accidentally died of asphyxia caused by low oxygen levels while in a cryotherapy machine at the Rejuvenice spa where she worked, the Clark County coroner’s office said. She was found dead on Oct. 20 after apparently using the treatment on herself the night before.

Her death drew scrutiny to the treatment that has been used worldwide but isn’t quite mainstream. 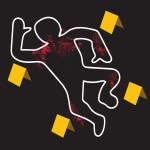 Cryotherapy backers claim it can ease pain and inflammation, aid blood flow and weight loss, improve skin and even ward off aging and depression. It’s been popularized by celebrities and sports stars who use it in lieu of a traditional ice bath. It can involve two- to four-minute-long exposures in a chamber the size of a phone booth to temperatures ranging from minus-166 to minus-319 degrees Fahrenheit.

But the treatments haven’t been approved for medical use by the U.S. Food and Drug Administration. It also hasn’t been embraced by the medical or science communities, who acknowledge that liquid nitrogen has long been used medically for things like wart removal but point to a lack of evidence that the full body exposure can actually benefit people physiologically.

Green said children as young as 14 have been offered the service and that operator training from manufacturers varied. The state learned this by investigating from scratch, reviewing the machine brochures, conducting site visits and consulting with a major distributor.

Green said coming up with the guidelines wasn’t easy given that none existed and there was little known about the treatment. In fact, it took more than a week for state officials to decide how to deal with cryotherapy after the Las Vegas death, with the health department opting to expand what was a worker safety probe and assume responsibility for complaints.

The state said it will work with businesses to implement its “expected standards” but there won’t be penalties and this doesn’t amount to law. Still to be determined is how oversight measures will be carried out to ensure the guidelines will be implemented. The health department has said it will work with other agencies that regulate and license such businesses, including the Nevada Occupational Safety and Health Administration.

“We will go back and assist them,” Green said of the businesses. “There’s not a penalty. It’s really about public safety.”

The new guidelines ask cryotherapy centers to have nitrogen monitors in the rooms and emergency kits and defibrillators on site. Signs and user waivers that clearly state that the treatment cannot treat illnesses or be used for medical purposes and outline the service’s procedures and risks should also be provided.

“The facility should not promote outcomes of the procedure that have not been scientifically evaluated, as this is confusing and misleading to the client,” the guidelines state.

Signage must also meet worker safety standards set by OSHA to warn of the risks of handling nitrogen tanks, and nitrogen exposure, which can cause severe burns, light-headedness, fainting and asphyxiation. Employees should have proper training on how to operate the machine and identify issues, as well as CPR.

For now, the health department doesn’t plan to pursue any other further regulation, and is not directly addressing the medical concerns surrounding the treatment, though the Colorado Department of Regulatory Agencies has assigned cryotherapy to a medical category that requires doctor oversight. Other states such as California and Wyoming have taken a completely hands-off approach to what they consider an alternative treatment.

Green said the health department’s move was ultimately about educating the public. She urged consumers to put their health first by consulting their doctors before subjecting themselves to the treatment.

“It’s really my medical decision that these are very important guidelines for people potentially putting themselves as risk,” she said.